It's shaping up to be a pretty sweet adventure. 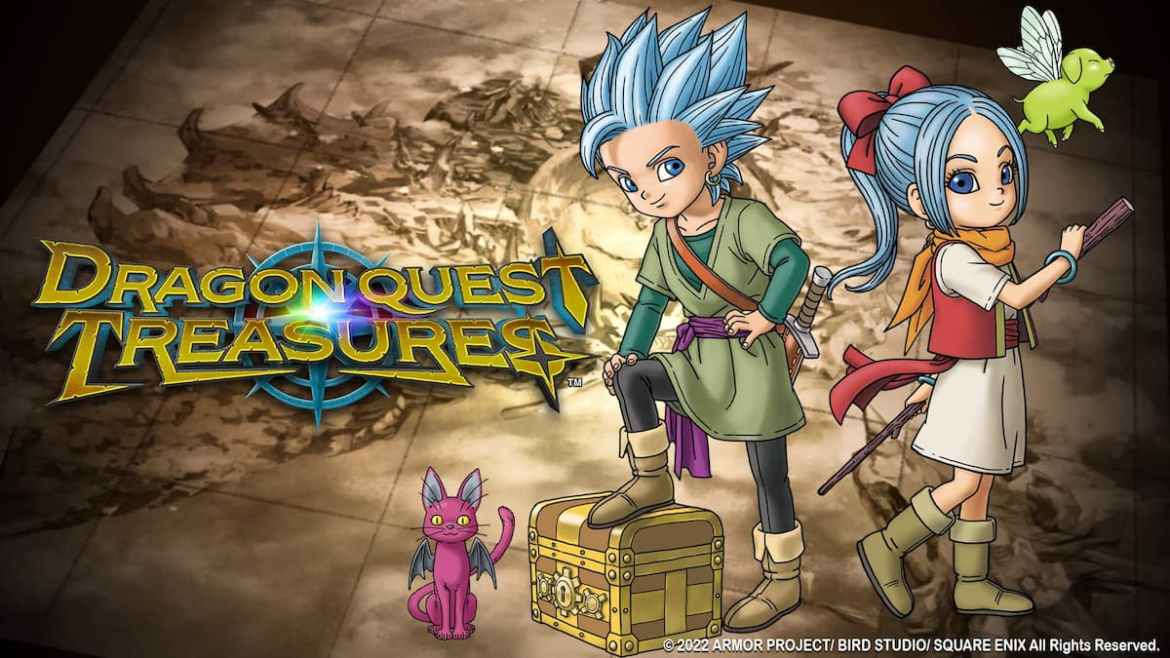 This past weekend, I had the opportunity to go hands-on with Dragon Quest Treasures for roughly an hour. The demo took me through the game’s opening section and introduced me to the various mechanics and characters DQ Treasures offers.

It focuses on Dragon Quest XI: Echoes of an Elusive Ages characters Erik and Mia as they embark on a treasure-hunting adventure set before the events of DQXI. All of this is neat, but the real draw was how much it reminded me of my favorite DQ spin-off Dragon Quest Builders and its sequel. You start on a Viking ship, parading around the cabin and sneaking your way through the various compartments of the boat.

I even found a Viking who was knocked out on his bed reading what appeared to be a “magazine with a lot of pictures, which seems like high-brow content.”

As the demo progressed, I was treated to an even more eclectic cast of characters, such as a mystical flying cat, a fairy-looking pig, and a pirate admiral Mogsworth. I leave the ship and find a mysterious dungeon that rewards Erik and Mia with two powerful daggers that seem to be the story’s focal point. After both characters are pulled into a black hole, the rest of the demo takes place as Mia as she journeys to find her now-missing brother.

I am introduced to the main crux of the gameplay: treasure hunting. This involved looking at an image of the nearby environment and finding the exact spot by lining up the shot with the world around me. While it was not difficult, it was a neat way to simulate trying to find buried treasure.

The big draw to Dragon Quest Treasures is not any individual mechanic but how they all serve the greater purpose of pulling you along this adventure. It’s the scale and scope of the journey that enhances the moment-to-moment excitement.

Combine that with the style and charm of its supporting characters and Dragon Quest world, and you have an enticing game ahead of you.

The demo offered some small combat sections that played very similar to any game in the Action-RPG genre. While combat isn’t the highlight, it wasn’t bad either; it was totally serviceable. Capturing monsters allows them to join your party and assist in combat and overworld traversal.

For instance, my slime companion could launch me into the air to reach a high cliff ledge or platform. Other creatures will give you the ability to glide or other new platforming feats. Again, it harkens back to Builders and how it can incorporate everything in the world to create a consistent and intertwined adventure.

The performance on the Nintendo Switch was excellent. At no point did I encounter framerate drops, bad anti-aliasing, or any noticeable technical problems. The entire demo was played in docked mode, so if you want to play on the television, you’re in luck.

Even during hectic combat sections, the performance held up well. During the demo’s final boss fight, a lot was on the screen at once, and despite all of it, the game ran smoothly.

The demo ends after Erik, Mia, and your companions board a train that soars across the sky, signaling that the real journey has only begun. They are now tasked with collecting the treasures of the realm and stopping all of the rival hunting gangs from doing the same. A giant skeleton pirate appears to be the first central boss of the game, and when the demo ended, I was ready to take him on, but now I wait.

The game launches on December 9, 2022, for the Nintendo Switch.