How to Catch Cod in Disney Dreamlight Valley

Hope Goofy loves all the fresh fish you catch for him 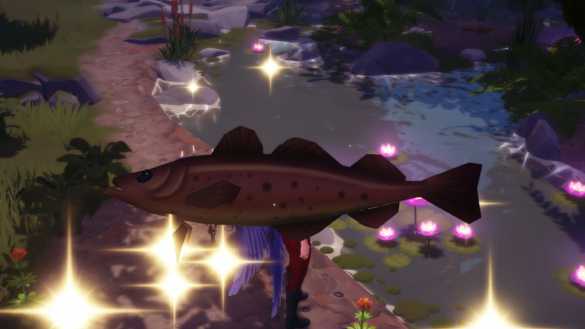 Disney Dreamlight Valley has dozens of fish you can catch, including limited-time Festive fish, rare ones, and everything in between. A great example is the Cod, a common fish integral in befriending Woody the Cowboy. While catching this fish may sound simple at first, it can be surprisingly challenging if you’re unsure where to look or where to cast your line. If you’re interested in learning more, continue reading to discover how to catch Cod in Disney Dreamlight Valley.

How to Catch Cod in Disney Dreamlight Valley

Cod is a fish that you’ll encounter fairly early on. It first appears in Dazzle Beach but can also spawn in the Glade of Trust and the Forgotten Lands. However, you’re not required to open either of these two areas to get the fish.

Once you pick one of these three spots to fish in, focus on casting your line into white fishing circles. Cod is a common, low-value fish compared to others like Anglerfish, Fugu, and Lobster that you encounter in orange circles. While white hotspots drop other fish, too, Cod is among the potential pool.

Related: How to Complete the Even Fish Are Festive Task in Disney Dreamlight Valley

From here, it’s a matter of waiting until you find and catch a Cod. In a place like the Glade of Trust, you may also encounter Herring or Tuna during your adventures. The other two locations have similar obstacles, but generally speaking, your odds of finding Cod are high if you stick to one of these three and focus on the white circles.

Disney Dreamlight Valley is available to play on PC, Nintendo Switch, Xbox One, Xbox Series X/S, and PlayStation platforms through the official website. If you’re interested in learning more about the game, check out our You’re My Favorite Deputy Quest Guide and How to Catch Festive Fish in Disney Dreamlight Valley.