Do Raids Have Matchmaking in Modern Warfare 2? - Prima Games
Tips

Do Raids Have Matchmaking in Modern Warfare 2? 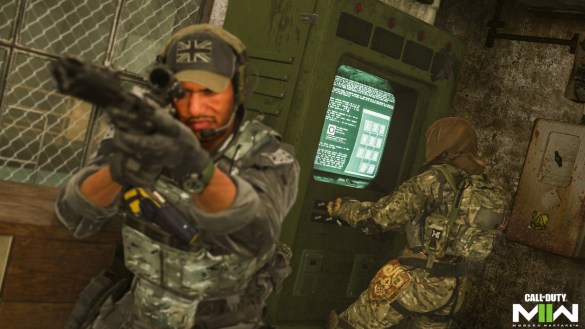 Spec Ops just got harder in Modern Warfare 2 with Episode One of Raids. In Season 1 Reloaded, Atomgrad was the latest mode added to the cooperative aspect of Call of Duty, and there is no doubt that plenty of players will want to use matchmaking if they can.

Nearly every other multiplayer aspect of Modern Warfare 2 and Warzone 2 contains some form of matchmaking for those who don’t want to run it solo. But for matchmaking in Raids, Call of Duty moved further toward Destiny and the rules they have for their own modes.

Modern Warfare 2 – Do Raids Have Matchmaking?

If you want to try out the new mode, you’ll have to start building your own squad when you can. There is currently no matchmaking in Raids for Modern Warfare 2 Season 1 Reloaded. Though Spec Ops missions generally have the option to start matchmaking for some players to help out, Atomgrad Episode 1 will not maintain the same features, and that doesn’t seem likely to change in the future, either.

Destiny is another game with Raids, and in those modes, there is no matchmaking. For modes with a ton of coordination required and some intense fights, having random players grouped together will likely always end poorly. The need for Raid assignments also complicates that idea, as it would be hard to match people who didn’t already earn an assignment.

Spec Ops also contains kit levels, so those with lower levels will likely have a more challenging time in the new Raid. Ensuring that players must find their own squad means that won’t be much of a factor. Under some extreme circumstances, this could change in the future, but matchmaking likely won’t happen for Raids in Modern Warfare 2.