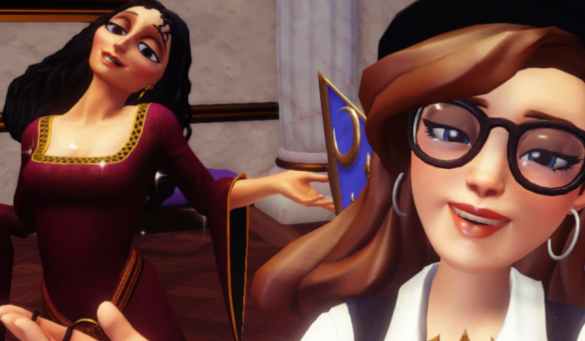 After reaching Friendship level seven with Mother Gothel in Disney Dreamlight Valley and completing her first few quests, she’ll eventually tell you what she has learned about the sunstones. The sunstone was shattered into three separate pieces, prompting you to go out and search for them. If you’re interested in learning more, continue reading to find a comprehensive guide on completing the Sunstone Fragments quest in Disney Dreamlight Valley, including how to find all three fragments.

Below are the steps for completing the “The Sunstone Fragments” quest in Disney Dreamlight Valley:

When you hit Friendship level seven with Mother Gothel, speak to her to begin the quest. She’ll tell you all about the sunstone and how it is instead divided into three fragments. Each one is only available during specific times.

The catch? It goes by real-world time, meaning it’ll take nearly a full day to complete. Furthermore, you have to find each fragment in certain spots. Despite Gothel describing them as “miniature suns”, they’re surprisingly hard to spot. Don’t worry. We’ll explore each one soon.

Before heading into each fragment location, though, it’s important to remember a few notes:

How to Find the Dawn Sunstone Fragment

Your first destination is Sunlit Plateau if your real-world time is anywhere between 12 AM-10 AM. If you’re entering from the eastern ramp connecting the Plateau to the Plaza, head southwest toward the orb pillar. You’ll find the fragment directly north of the pillar, near the trees along the river’s edge. It’ll appear as a small, red object floating over the ground.

How to Find the Noon Sunstone Fragment

Head to the Glade of Trust if your real-world time is around 10 AM-2 PM. If you’re entering from the northeast ramps, go directly west and get rid of the large mushrooms blocking the northern bridge. Cross the bridge and pick up the golden fragment in front of the tree.

Related: How to Remove Large Mushrooms in Disney Dreamlight Valley

How to Find the Dusk Sunstone Fragment

Go to the Forest of Valor if it is anytime after 5 PM for you. If you are entering from the southern ramp, head directly east until you reach a boulder near the ice castle. The dark-colored fragment is right next to this rock.

Since the game’s spawn timers are a little weird sometimes, use the times above as guidelines. For example, you may hop on at 3 AM expecting to find the night fragment, only to find the morning one instead. You may also, for instance, check the Plateau at 7 AM in hopes of finding the morning fragment but not see it anywhere. It’s important to check all three areas periodically, even at odd times, just in case this happens.

Once you have all three fragments, head back to Mother Gothel to wrap up the Sunstone Fragments quest in Disney Dreamlight Valley!

Disney Dreamlight Valley is available to play on PC, Nintendo Switch, Xbox One, Xbox Series X|S, and PlayStation platforms through the official website. If you’d like to explore other quest guides, check out our Shine a Light Quest Guide and The Secret Door Quest Guide.