Back into the beach cave we go 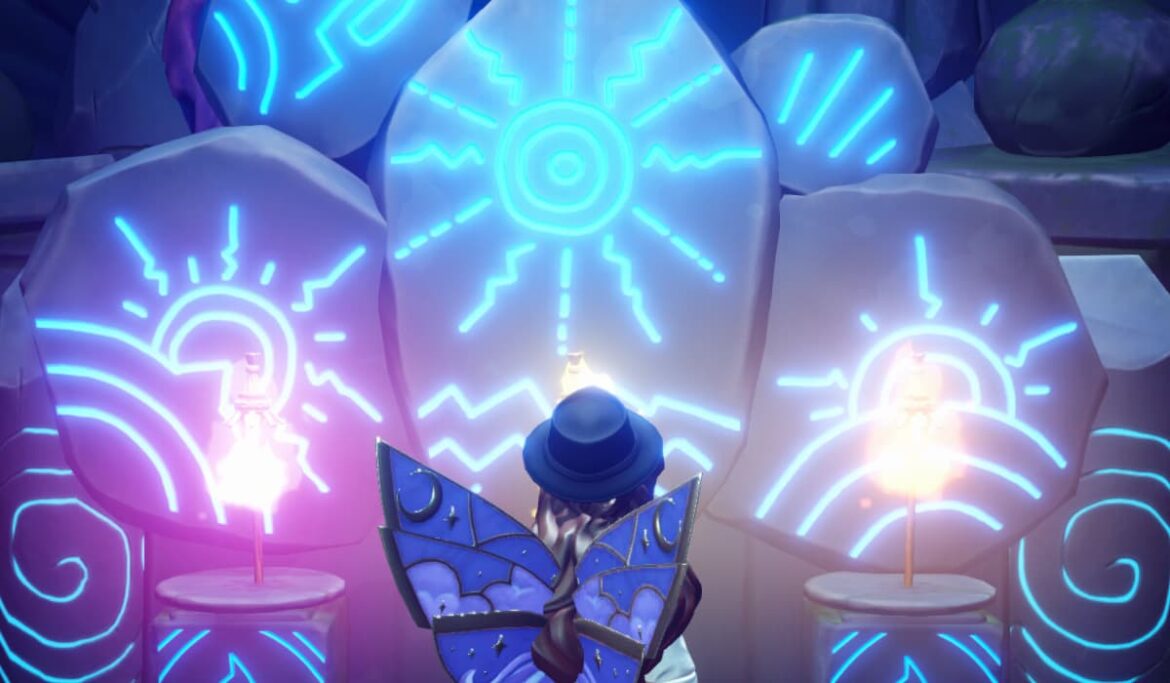 After venturing through Disney Dreamlight Valley, helping Mother Gothel spy on Scrooge’s conversation with Goofy, and collecting the Sun Scroll, Gothel needs your help again to progress. By crafting special torches and activating the shrine in the beach’s mysterious cave, she’ll gain more information to help decipher the scroll. If you’re interested in learning more, continue reading to find a comprehensive guide on completing the Shine a Light quest in Disney Dreamlight Valley.

Below are the steps for completing the “Shine a Light” quest in Disney Dreamlight Valley:

After completing the My Kingdom For a Scroll quest, speak to Mother Gothel to initiate this mission. She’ll inform you that she’s taken a look at the Sun Scroll and needs Sunlight Torches to proceed. Your next task is to make three torches before venturing down into the Mystical Cave in Dazzle Beach to place them.

To craft the Sunlight Torches, you need the following resources:

Since you need every area up to the Glade of Trust opened to unlock Mother Gothel, all of these resources are available for you to find.

After collecting each material, head to any nearby crafting station to make the torches before speaking to Mother Gothel again. She’ll tell you to head to the Mystical Cave, where you’ll place down each torch. Head down the cave, past the cooking trial, until you reach the fishing area from the final puzzle. Place the torches on the three stone plates in this room to activate the shrine.

When the stone shrine’s lights start to glow, take a picture of it before returning to Mother Gothel. Angle your camera so that all three fire symbols appear in the shot. After taking the photos and showing Mother Gothel your findings, she’ll start to examine them, concluding the quest.

Disney Dreamlight Valley is available to play on PC, Nintendo Switch, Xbox One, Xbox Series X|S, and PlayStation platforms through the official website. If you’d like to explore other quest guides, check out our The Spirits of Nature Quest Guide and The Unknown Flavor Quest Guide.