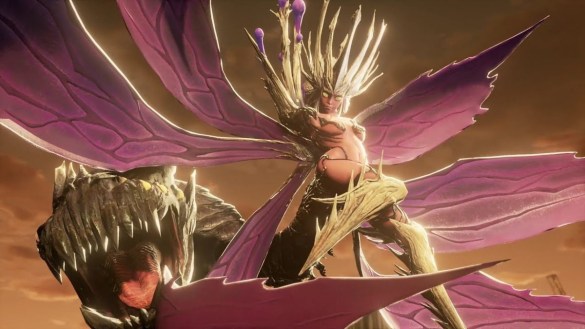 As almost every player would no doubt agree, the hardest part of Code Vein is no doubt the bosses. To help you find and keep track of all these extremely difficult opponents, check out our complete list of all bosses in Code Vein.

Found in: Ruined City Underground; Depths: Den of the Dead (Prisoner of the Abyss)

The first boss you fight in Code Vein is Oliver Collins. This is a straightforward boss with two phases that can be completed regardless of your level or equipment, but being at least level 3 is recommended.

The second boss is located at the end of the Ruined City central zone. Butterfly of Delirium is a flying opponent and is quite agile so she can be a problem for players who use heavy and slow weapons.

Insatiable Despot is the first slightly tougher opponent. The fight with him consists of two phases that will test your skills and reflexes.

To fight this unique boss, you must visit the Howling Pit area. Invading Executioner is essentially a mermaid pole dancer. Gotta love the Japanese game design.

Found in: Cathedral of the Sacred Blood

Argent Wolf Berserk can be found at the top of the Cathedral of the Sacred Blood and can’t be missed because it prevents you from progressing further. Because the boss is rather massive and the combat field is small, this encounter can get tricky for slower builds.

Found in: Memories of [your character’s name]

After defeating the previous boss, look for an axe nearby through which you will enter a new zone that represents the memories of your character. After the transition to Memories of [your character’s name], you will meet the Queen’s Knight boss. If you manage to defeat him, you get the Queenslayer Blood Code.

Successor of the Ribcage

Found in: Cathedral of the Sacred Blood

When you make it to the end of the Cathedral of the Sacred Blood, you will meet the first of the Successor bosses. The goal here is to recognize when this she-wolf is ready to teleport and promptly move to the opposite end. The fight becomes significantly easier if you can stay on top of her the entire time.

Successor of the Breath

Found in: Ridge of Frozen Souls

The next Successor boss is at the very end of the Ridge of Frozen Souls zone – the Successor of Breath. Some of his attacks are difficult to avoid, so baiting him into attacking before you attack is always a good strategy.

Inside the Ashen Cave, you will meet the Gilded Hunter boss. If you’re having difficulties with this encounter, consider mixing up your weapons and Blood Codes to get the most damage out of them.

Successor of the Claw

Found in: City of Falling Flame

You arrive in the City of Falling Flame after passing through Ashen Cavern, where we meet the Successor of the Claw, a big cat! This boss, like many others before it, has two stages. In the second phase, some of the attacks will be slightly different, but they will still be predictable because they are light combos of two strikes each.

After the cutscene that will start when you enter Crypt Spire, two bosses are awaiting you – Blade Bearer and Cannoneer. This is the first time in Code Vein that you will meet two bosses at the same time so the fight can be quite challenging. This encounter will look completely different depending on whether you are playing alone or with a partner because having someone who can help you heal changes the situation a lot.

Successor of the Throat

Found in: Crown of Sand

The Successor of the Claw, the last of the Successor bosses, can be found in the Crown of Sand zone. Keep an eye out for her new ground AoE attacks which you won’t be able to block.

Judo Mizo is waiting for you at the very end of the Crypt Spire zone. This character should be very familiar to you by now as he is the main villain from the Code Vein’s main story. Now is your chance to get some payback!

Another chance to face off against a more powerful variant of the Queen’s Knight boss. After you defeat Juzu Mido, you’ll be able to enter the Provisional Government Outskirts zone where you’ll find this powerful boss.

Attendant of the Relics

You’ll confront another tough boss – Attendant of the Relics – as you progress through the new Provisional Government Outskirts zone.

Found in: Gaol of the Stagnant Blood.

At the very end of your Code Wein journey, you will find yourself in an area called Gaol of the Stagnant Blood where Skull King, the game’s final boss, is lurking. Don’t let him intimidate you, use everything you’ve learned so far to complete the main campaign.

For more Code Vein guides, check out Valuables Exchange Guide, find out what are Good Ending Requirements, and learn about Secret Trophy Requirements.