Can You Play Competitive in Crossplay on Overwatch 2? - Answered - Prima Games
Tips

Can You Play Competitive in Crossplay on Overwatch 2? – Answered 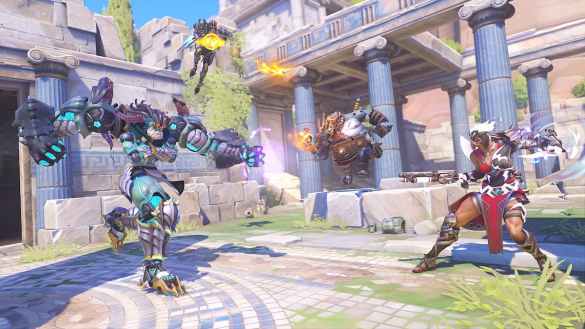 Overwatch 2 may be fun enough solo, but like most online games, it’s far more enjoyable when playing with friends. With friends, you not only have that shared bond you built over the months and years of knowing them, but you also avoid a lot of the toxicity that comes with playing with randoms. If you’re looking to get competitive, you may be wondering if your friends on other platforms can join in. Here’s whether you can play competitive in crossplay on Overwatch 2.

Does Overwatch 2 Let You Play Competitive in Crossplay?

As it stands, there’s no way to play the competitive mode with players of other platforms. There’s only a PC queue and a console queue, leaving different inputs to their respective queues. This makes a lot of sense even if it is frustrating for both you and your friends. If there was crossplay in competitive, the entire spirit of competition would be ruined due to the unfair advantage a mouse and keyboard can give over a controller. It’s the difference between aiming at enemies with your thumb, and aiming at them with your entire hand, so you can probably see the issue.

If you’re looking for a shooter that offers competitive crossplay, one great example is Apex Legends. Thanks to some of the game’s systems, the gap between console and PC players is considerably smaller and allows competition to still be fair. It isn’t perfect, but it’s far less one-sided than other games.