So many platforms to choose from, though crossplay would make the choice a little easier. 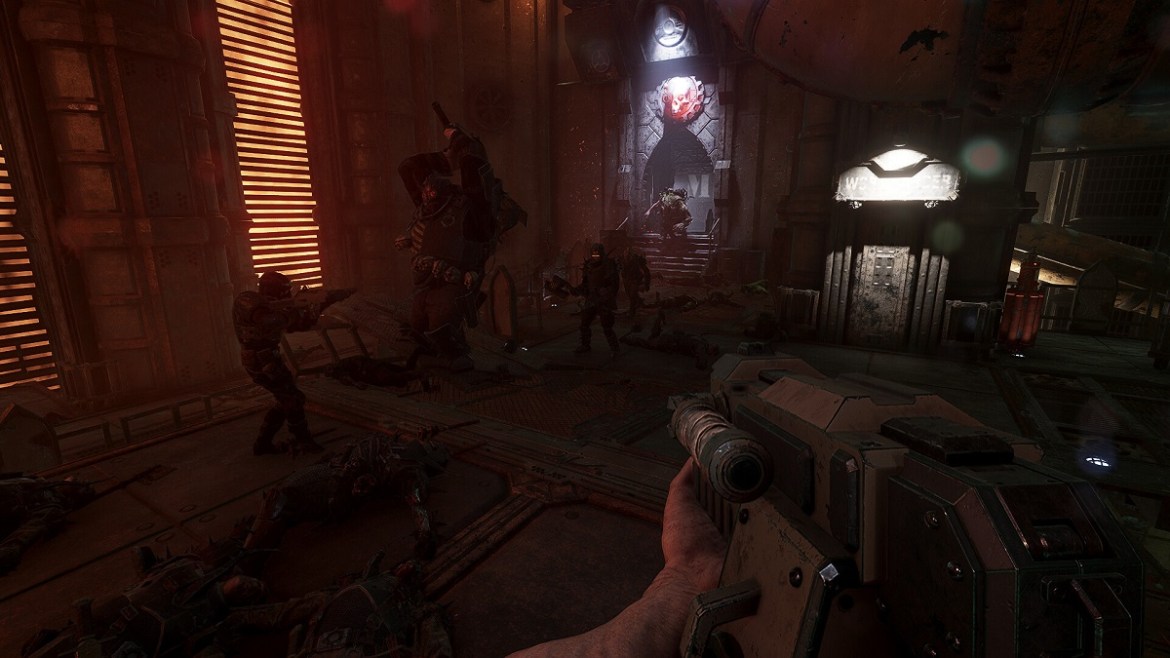 As it stands, Warhammer 40K: Darktide is available on PC, with the game soon to be on Game Pass for PC, bringing even more players into the fold. It’s also planned to release for Xbox Series X|S soon. With several different platforms to play on, you may wonder if you and your friends who are playing the game elsewhere can enjoy it together. Here is whether Warhammer 40K: Darktide has crossplay.

Will Darktide Have Crossplay?

For reasons that may be obvious, Darktide currently doesn’t have crossplay. The game is only available on Steam so far, so crossplay wouldn’t be physically possible. As for if there will be crossplay, that’s another question entirely. Darktide is planned to be on three different platforms (technically, since Steam and Windows PC are two different platforms) so you’d expect some form of crossplay to become available. Yet, as it stands, crossplay won’t be available at launch.

The reasoning for this isn’t directly stated, though it can be assumed the technical challenges associated with crossplay make this process difficult. It isn’t as simple as flipping a switch and crossplay being available immediately. You need an entire login and friend system built specifically for the feature, so these things take time. With that being said, a blog post today has given some hope to those who do want the future. Fatshark has stated that they “fully intend to support crossplay shortly after launch”, meaning we should see some form of it in the coming months.

If you were curious about it as well, cross-save is going to take a bit more time (if it ever happens). There’s even more complexity in having a unified set of characters across all platforms, but the team is still investigating if this would be possible. While that’s nothing concrete, we’ll be sure to update you if anything is said on the matter.

Once crossplay is finally implemented, it’ll open a whole new wave of possibilities for friends to play together. Some would argue it’s one of the biggest innovations to online games in recent years, and we’d be hard-pressed to disagree. The more people you can play with, naturally, the more fun you can have. Just try not to splatter too much heretic blood on each other.