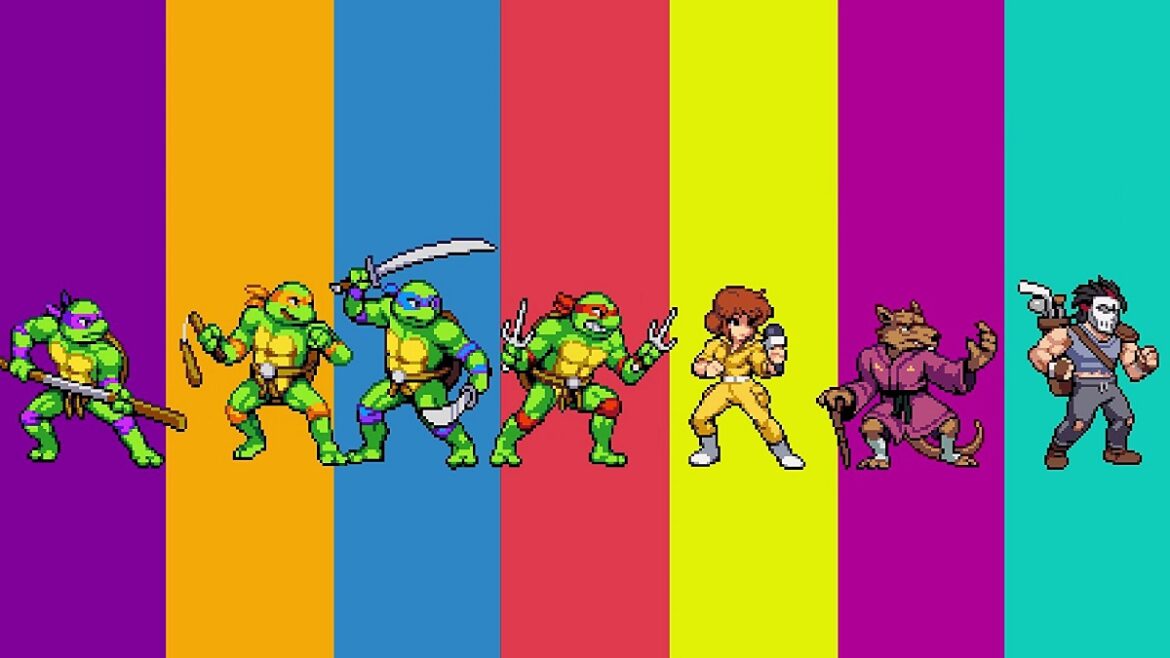 Teenage Mutant Ninja Turtles: Shredder’s Revenge is a brand new side-scrolling beat ’em up title that’s coming out on June 16, for PlayStation 4, Xbox One, Nintendo Switch, and PC. Published by Dotemu and developed by retro masters at Tribute Games, the new TNMT game is a dream come true for all old-school fans of arcade games. With the launch trailer shown at this year’s Summer Game Fest, we found out the final release date and the complete list of all playable characters in Teenage Mutant Ninja Turtles: Shredder’s Revenge.

First off, we have the usual four heroes in the half-shell that are voiced by original voice actors from the ’87 series:

Additionally, there are three playable characters from the old TNMT show:

The best part is, as revealed during the Summer Game Fest, the new game will support six-player co-op mode! So get your friends ready and gather up six controllers to jump into this retro beat ’em up action and go against many classic TNMT bosses – check the list below to see all the confirmed ones.

Aside from heroic Turtles and their friends, the new TNMT game features some of the most recognizable bad guys from the old school show, and some of them have the original ’87 voice actors returning to reprise their roles for the ’22 game:

We can hardly wait for Teenage Mutant Ninja Turtles: Shredder’s Revenge to be out on June 16, so come back to Prima Games once the game is released for the in-depth guides and tips.

For more news from Summer Game Fest, check out The Last of Us Part One Rebuilt For PlayStation 5 Coming This September, All Confirmed Characters in Street Fighter 6, and our complete list of Every Announcement During Summer Game Fest 2022.