I'm mad about how clearly I remember the Neutrinos 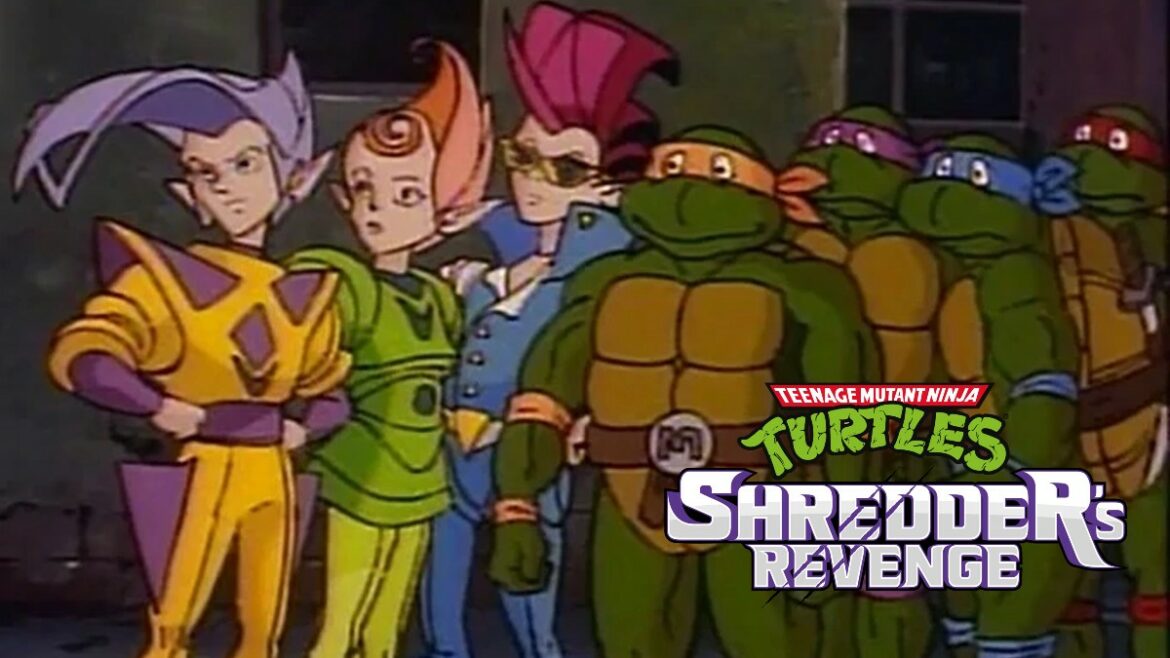 We (I) took a bit of breather (because reviews), but it’s really about time to wrap up these Teenage Mutant Ninja Turtles: Shredder’s Revenge guides. At least the ones about finding collectibles, which is the most work you really need to do in this game. The final collectible we’re looking for is the Crystal Shard, which I guess vaguely has something to do with Dimension X. It doesn’t really matter much, because there are only three of them. So here’s how to find them.

Like I said in the intro, you only need to find three Crystal Shards. That’s why you’re gonna see more filler text than the last few guides. But for more useful upfront information, that means you really can’t be done with getting everything in Shredder’s Revenge until nearly the end of Story Mode.

Dinosaur Stampede! is still the best level for landmark spotting, even though this shot in particular doesn’t have anything truly bizarre in the frame. But the details are in there just as well. There’s the spilled mop bucket, the fact you can see a corner next to it, the blue box stuffed in with the crates. It’s good stuff!

Yeah, the Technodrome level isn’t nearly as good as Dinosaur Stampede! is at being visually distinct. Lots of metal and busted stuff everywhere, mostly robot enemies, so on and so forth. But at least here you can see the whole wall is missing, which is a pretty good visual element to look out for.

It’s the final level! Sort of, I mean. The real final level is after this, but it’s just boss fights. There’s no actual level stuff happening, like beating up random enemies or trying not to get killed by exploding barrels. Luckily you get your fill of that in this level, especially when you’re trying to snag that last Crystal Shard. You’ll know this spot because it’s absolutely ridiculous-looking, full of barrels and breakable crates. The screenshot here was taken after several explosions.

And there you have it: now you can find a Prima Games guide for all the TMNT: Shredder’s Revenge hidden collectibles. Now we just have to go over the “cameos,” and we’re all done with pixel hunting. Whew!