All High On Life Weapons – Ranked

Not all sentient guns are created equal 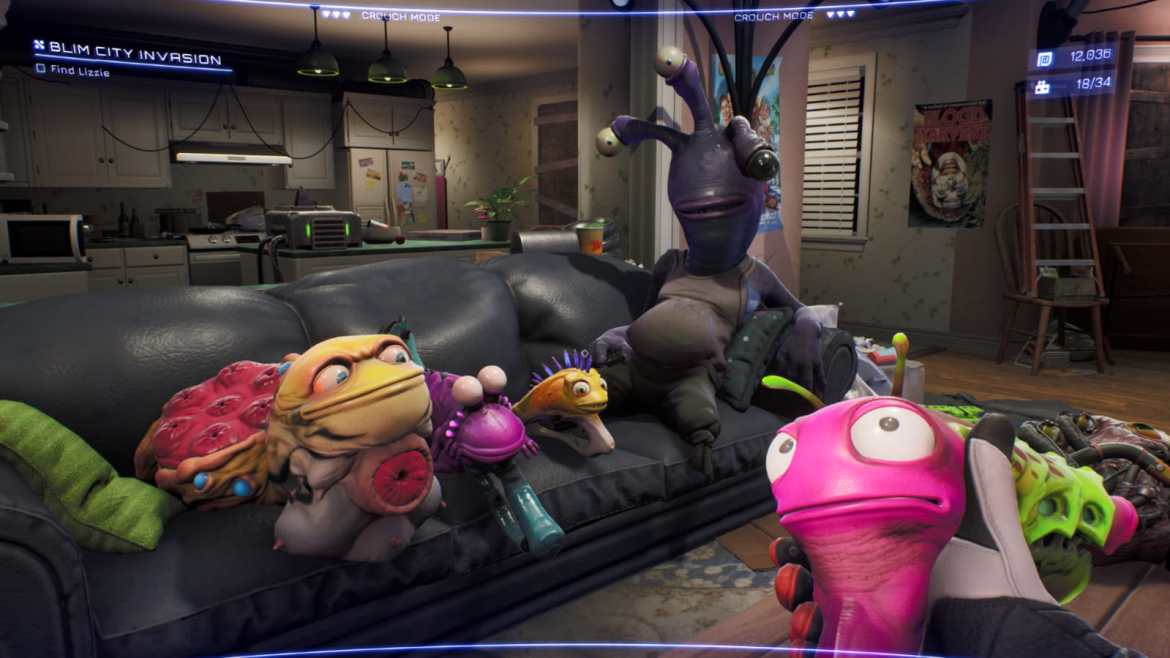 High On Life is a comedy sci-shooter that is jampacked with Easter Eggs, fart jokes, and some really fantastic, Muppet-inspired guns. These guns, called Gatlians, are one of the primary ways you’ll trounce every grunt and obstacle in your way. But not all guns are created equal. Here are High On Life’s best guns, ranked from worst to best.

All High On Life Weapons – Ranked

It pains me to do this, but the Gatlian with the best personality is easily the worst gun in the game. Unlocked after beating your second or third G3 boss, Gus is, at first, a weapon that seems like he’s going to devastate his opponents. After all, he managed to tear away a huge chunk of your health when used by Krubis.

But Gus suffers from one major issue: a lack of ammo. His Glob Shot allows him to shoot out the saw blade, which can go long distances, decapitate enemies, and even frisbee back to you, giving you a chance to get more traction out of it.

Here’s where Gus falls apart: his primary fire has limited reach and low ammo reserves, and his Gunk Shot’s return is extremely difficult to use with precision, meaning it’s likely wasted time when you could be shooting your enemies instead. In a game like High On Life, where you’ll be facing hoards of enemies, these are all flaws that can get you killed.

Gus shines in close-quarter combat, but as the game progresses, his usefulness falls off to other, better guns.

Kenny isn’t a bad gun. In fact, he’s the perfect starter gun, with the ability to aim down sights, hit enemies at all distances, and a fairly decent ammo supply. His Gunk Shot will also cause enemies to bounce up into the air, allowing you to land multiple shots on them while they’re airborne.

But Kenny, as his name implies, is mediocre. He’s white bread. Forgettable. The Average Joe of Gatlians. You can use him in almost any situation and come out probably okay. But that only nabs him the fourth best spot on this list.

You’ll unlock Sweezy around the same time as you unlock Gus, but she’s simply in a different tier altogether.

At first glance, Sweezy seems like the perfect package. She’s got plenty of ammo, she can detonate her crystals, freeze time, and even shoot through walls. But there’s a reason why she has so much ammo – she doesn’t do that much damage. Sweezy is great for dealing with mobs with low health, like Mytes, but can’t handle the bigger baddies that become prevalent in later game.

But for early to mid-game? She’ll happily carry you through. And if you use her with her mod equipped, it’s almost like you have Flounder from the Little Mermaid keeping you company. If Flounder was hellbent on killing everyone.

Creature is easily my favorite gun in the game. Not only because I find him charming, personality-wise, but because his bullets have some of the best possible features a gun can have – homing, explosions, and mind control.

While Creature has fairly low ammo reserves, they’re not as terrible as Gus’. And it can be forgiven, because where Gus can miss, you have to try really, really hard to miss with Creature. Shoot blindly in any direction and those kids will run off and find some enemy to explode on. And if you find yourself facing a Hunk or a Brandon? Use Creature’s Gunk Shot to mind control and let them devastate the other enemies for awhile.

Even aerial enemies are no match for Creature and his endless hoard of Pikmin-like kids. They just immediately latch on, sending them spiraling to their death. Creature is great. And while there’s a certain delay between shooting and death, it gives you plenty of time to skate around the arena using the dodge button. The combination of dodge-zooming and Creature-Kid spamming would be the meta move if High On Life was PvP, and there would be countless posts on Reddit complaining about it.

Is it even a question who’s on the top of this list? Lezduit was once the leader of the Gatlian rebellion against the G3. But when the rebellion was finally crushed, instead of killing him, the G3 kidnapped him and experimented on him, attempting to harness his monumental power.

They almost killed him instead. Fortunately, through the power of Space YouTube, Gene was able to restore Lezduit to some semblance of his former self. Unfortunately, you only get to use Lezduit in the final level, as you approach and finally fight the G3 boss, Garmantuous.

Related: How to Obtain the A Starfish is Born Achievement in High On Life

And for good reason. Lezduit is extremely powerful. He shoots with essentially auto-locking lightning bolts that will branch out and connect to several enemies at once. And while it’s not always an instant-kill, it will probably stagger your enemies and lower their health significantly, giving you the opportunity to switch out to another gun if Lezduit needs to recharge.

Lezduit is so strong you’ll even get an on-screen notification when he’s ready to start shooting again (which will be fairly quickly). And for the final boss fight? You’d be a fool to not use him. His damage compared to the other guns is significantly higher, making one of the hardest boss fights in the game much easier to manage.

It’s a shame that Lezduit isn’t available to farm out some of the forum quests after the credits have rolled. But it’s understandable that High On Life wants to maintain some of the challenge the game offers.