What We Know About The Knight, Dead By Daylight's New Killer: Perks and More - Prima Games
News

What We Know About The Knight, Dead By Daylight’s New Killer: Perks and More

You can't hide from Dead by Daylight's newest killer. 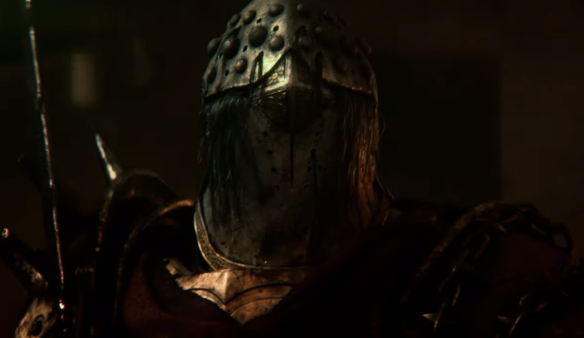 Dead by Daylight’s Chapter 26, Forged in Fog, has come to the Player Test Base (PTB). With it comes The Knight, a towering killer straight from the medieval era.

His movement is average, his terror radius is 32 meters, and he’s average height. But despite his heavy armor and massive sword, with his perks and power, he might be Dead by Daylight’s ultimate hunter.

What We Know About The Knight, Dead By Daylight’s New Killer: Power

He comes with a power that is truly unique, called Guardia Compagnia.

By using his Power button, The Knight can activate Guard summon mode. Once activated, The Knight can then aim at a generator in progress, a downed pallet, or a breakable wall and then tap the attack button. This will summon a Guard to complete the break action on the selected object.

Alternatively, The Knight can choose to use all of his Power Gauge to summon a Guard who will follow and Patrol the path The Knight created. There are three Guards who can be summoned, always in the same order. The Carnifex, who breaks or damages items faster, The Assassin, who moves faster during chases, and The Jailer, who patrols longer and is better at detection.

Once a Guard is set to patrol, he can spot and detect survivors, similar to the zombies the killer The Nemesis uses. If a Survivor is detected, the Guard will drop a Standard on the ground and then will begin hunting the Survivor for a set amount of time.

Once the hunt begins, a Survivor can escape a hunting Guard by unhooking another Survivor, grabbing the Standard that the Guard dropped, or surviving until the timer ends.

If the Survivor is attacked by the Guard or The Knight, the Guard will disappear.

What We Know About The Knight, Dead By Daylight’s New Killer: Perks

The Knight comes with three perks, which add some much-needed dimension to the current meta.

You show no mercy, especially to those foolish enough to resist.

Whenever The Knight is stunned by a Survivor, that Survivor suffers from the Exposed status effect for 20 seconds. Hubris has a 20-second cooldown. Exposed is a status effect that means even full-health survivors will be downed with basic attacks.

You make an example of one of your victims, forcing their allies to become awed by your power.

Injuring a Survivor by any means lights a Dull Totem and activates this perk which hexes that Survivor.

While the Hex is active, all other Survivors outside your Terror Radium will scream intermittently, revealing their auras for 2 seconds each time. Other Survivors can also see the aura of the Cursed Survivor for 8 seconds. When the Survivor enters the dying state or becomes healthy, the Hex Totem becomes dull again and this perk deactivates. The perk is permanently disabled once its Hex Totem is cleansed.

This perk essentially works like Survivors put into The Madness state, and undoubtedly will inspire many evil builds.

The machinations of the weak and crave draw your ire. Your anger forces Survivors to reveal themselves.

Whenever you damage a generator, reveal the aura of all Survivors standing within 24 meters of your position for 5 seconds.

What We Know About The Knight, Dead By Daylight’s New Killer: Mori

His Mori may be one of the best in the game, with The Knight conjuring all four Guards to take part in the Survivor’s final slaying.

For all of your Dead by Daylight slaying and surviving needs, check out these articles at Prima Games: