Harvestella is Unironically the Dark Souls of Life Sims

I said what I said. 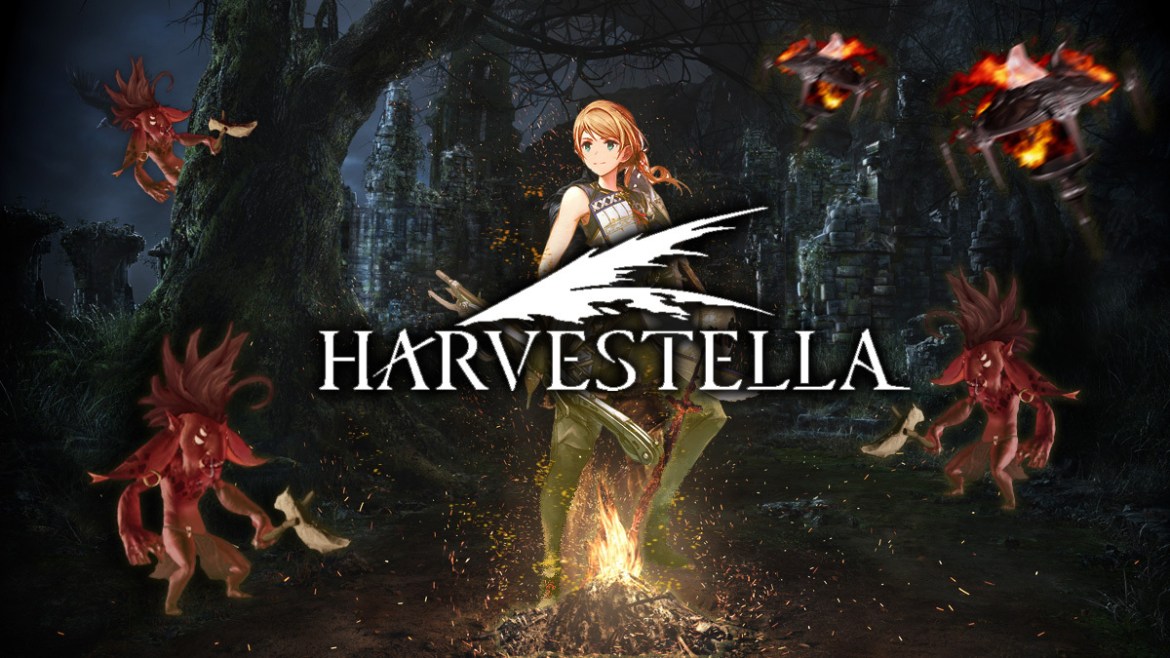 Yeah, I know what you’re thinking. The “x is the Dark Souls of x” is a meme in its own right amongst internet dwellers who like to take the piss out of video game journalists whenever they dare to make the comparison. Don’t worry, I’m very self-aware. But listen, Harvestella IS the Dark Souls of life sims and that’s a hill I’m Prepared To Die on (pun intended). Let me tell you why. Oh, and you can thank my talented coworker Matt for the cursed feature image.

When you first start out, you go through the tutorial and learn how to till soil, plant crops, and gather resources from the world – all your usual farmy-life sim stuff. Nothing really screams out “this is gonna be tough.” You’re introduced to the game’s anime sci-fi plot and learn about the Quietus (which is the season of death so that really should have given you some kinda clue) before heading out to grab some hard stone. Here, you’re given your first inkling that Harvestella may be more difficult than it seems, but no alarm bells go off. And you don’t unlock the ability to save until like two hours in, may I add. Brutal.

It’s once you get to the first dungeon, Higan Canyon, and beyond that things get spicier. There are more enemies with different strengths and weaknesses, not to mention you’ll find sparkly points that make you think “hey, there’s some treasure” only for them to be random text-based occurrences that can sap all of your health and stamina if you take a gamble and end up with the short end of the stick.

Related: How is Harvestella’s Performance on Steam Deck? – Answered

You’ll also start fighting bosses and, if you’re not well-prepared, they can knock your butt out easily, which means a hefty bill from Cres who demands your wallet and first-born child as payment which, if you’re just starting out, means you’ll go from “yay, I’m starting to make money” to broke as a joke real fast. If you don’t have cash on you, well, she’ll take items from your inventory instead rather than simply being a concerned friend who wants to get you out of danger. Feels a bit like the US healthcare system if you ask me – nothing like rinsing folks for every penny they have for the slightest ailment. And if they can’t pay, repossess their belongings. Gotta love capitalism.

While you can take precautions beforehand by either cooking or buying healing items, Harvestella is one of those games that can really knock you off guard. I’ve died so many times from just regular enemies that it’s actually embarrassing, despite having a well-stocked bag. If you accidentally walk into a group of them, get ready to say your farewells. And that’s not even touching on FEAR enemies, who are like regular ones but on crack. If one of those hits you and you’re not at a high enough level, you’ll be buried six feet under before you can ask for a funeral. And you’ll have to take out a small loan of a million dollars to pay Cres too, if it wasn’t already bad enough.

So a little disclaimer here, though I can’t imagine it’ll matter anyway; I’ve been on the internet for long enough to know how it goes. I’m not saying Harvestella is as difficult as Dark Souls. It’s not, obviously. But in the life sim genre, I think it’s one of the most challenging, if not the most challenging. And I’ve played almost every life sim you can probably think of. And all of the Dark Souls games too (and platinumed Bloodborne – yes, I am bragging). I just genuinely think it can be unforgiving AF, at least in the first five hours or so that I’ve played so far. I haven’t completed the game yet so I can’t say whether it gets easier as you go along or not, though I honestly doubt it.

Related: How to Get Copper Ore in Harvestella

That’s not to say I don’t love Harvestella though. I do. I think it’s one of the best life/farming sims I’ve played in a while. It’s just tougher than I thought it would be, in a good way. It’s nice to have the traditional Harvest Moon formula shaken up, even if it is more difficult than expected, and I’d highly recommend it to anyone looking for a new take on the classic “plant some crops and raise animals” gameplay we’re so used to because, let’s be honest, it’s stale as hell.

If you wanna try the game before you buy it, there’s a pretty hefty Harvestella demo on Nintendo Switch that takes you through to the end of Chapter 2. And your progress carries over if you buy the full version which is a nice bonus.