Time to win the House Cup! Or is it? 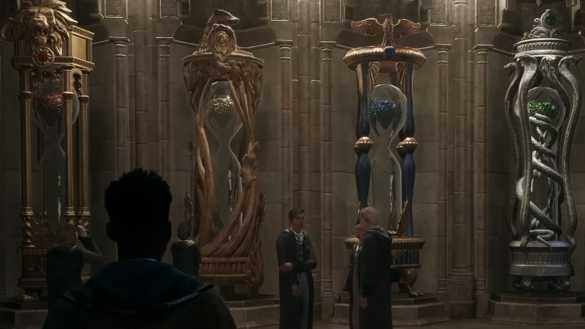 If you’re familiar with the Harry Potter franchise, you may recognize House Points, the House Cup, and what this could mean for Hogwarts Legacy. After all, many of us can imagine a part of the story where you earn these points as you complete quests and other activities. However, this raises an important question: Does this feature exist in the first place? Are there any gameplay mechanics surrounding these points, or is this a forgotten plot point? If you’re interested in learning more, continue reading to find out whether Hogwarts Legacy will feature a House Points or House Cup system.

Will Hogwarts Legacy Have House Points?

House points in the Harry Potter franchise are a way for students to gain recognition for doing good deeds and participating in extracurricular activities. They’re a recurring point of the books and movies and even appear in various Harry Potter games. The same can be said for Hogwarts Legacy, but different from the way you’d expect. Rather than house points being a gameplay mechanic, it is a piece of lore that you’ll encounter throughout your adventures.

Despite there being no intention of adding house points as a core gameplay mechanic in Hogwarts Legacy, they certainly have not been forgotten. Past gameplay showcases have shown off the four House Hourglasses, acknowledging the importance of house points while serving as attractive decorative pieces. Commentary in official Hogwarts Legacy videos also confirms that while house points will not appear as a gameplay mechanic, they are part of conversations with other characters and present in the narrative.

Unfortunately, though, this also means we shouldn’t expect any quests involving gathering points or winning the house cup. Instead, we’ll likely hear it referenced in a few one-off lines in specific missions or casual conversation with NPCs.