How to Get Hogwarts Legacy Early Access - Prima Games
Tips

Enter the Wizarding World as early as possible! 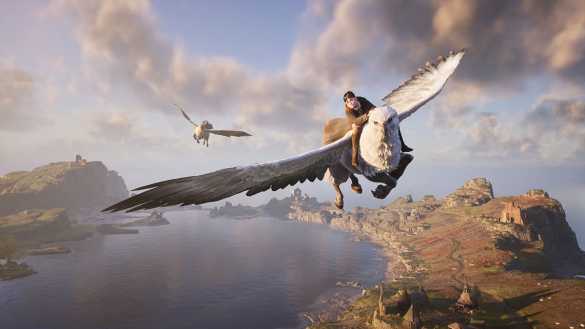 With the official release of Hogwarts Legacy swiftly approaching in 2023, the game’s hype is ramping up too. With new Gameplay Showcases revealed and updated release dates, many people are already thinking about what console they will play Hogwarts Legacy on and when to pre-order. One major factor that may sway you in one direction or another is Early Access on certain devices, allowing you to play before others. If you’re interested in learning more, continue reading to discover how to play the Early Access version of Hogwarts Legacy.

For all the PC, PlayStation 5, and Xbox Series X|S fans out there, you’re in luck. Anyone who purchases Hogwarts Legacy’s Deluxe or Collector’s Editions will gain 72 hours of Early Access to the game. Instead of playing the game on February 10, 2023, like those who purchase Standard Edition, you’ll get the chance to play as early as February 7.

However, this also means you’ll have to spend an extra $10 for an upgraded version. As well, while you only need Deluxe Edition for this, Collector’s Edition players will get all Deluxe perks plus extra cosmetics and exclusive content. In this situation, going from Deluxe to Collector’s Edition is a personal preference.

Unfortunately, this option is not available for PlayStation 4 or Xbox One players. Regardless of which version you purchase, Hogwarts Legacy launches at the same time on April 4, 2023, without having an Early Access window. Although resources such as the official Frequently Asked Questions page don’t mention Early Access for Nintendo Switch, it’s safe to assume that this console doesn’t have it either.

Hogwarts Legacy will be available on PC, PlayStation 4, PlayStation 5, Xbox Series X|S, Xbox One, and Nintendo Switch through the official website. If you’re interested in learning more about the game, check out When Hogwarts Legacy is Coming Out on Consoles.