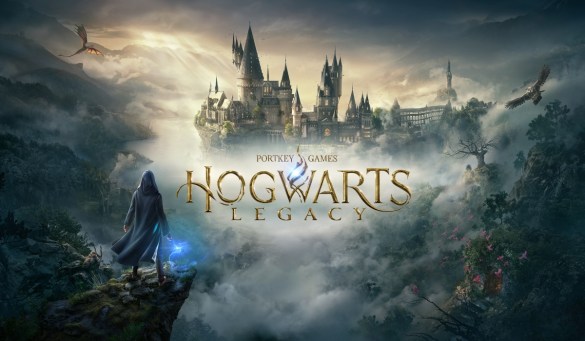 A new game set in the Wizarding World is merely months away from launch. Unless you’ve been living in a cupboard under the stairs, you have probably already heard about Hogwarts Legacy, the upcoming action RPG from Avalanche Software, published by Portkey Games (a subsidiary of Warner Brothers Interactive Entertainment). The title is one of 2023’s most anticipated licensed games, a prequel set in the universe of the Harry Potter franchise, but uniquely taking place in the late nineteenth century, far before the popular books and films. Hogwarts Legacy will be arriving for Nintendo Switch, PC, PlayStation 4, PlayStation 5, Xbox One, and Xbox Series X|S on February 10, 2023. This guide will give you a rundown of all the game’s pre-ordering options.

For gamers who might be preferential to the dark arts, the Deluxe Edition of Hogwarts Legacy provides a spooky variant cover complete with Dementors, Thestrals, a giant spider, and undead skeletons in a foggy, nighttime setting. Alongside the Standard Edition’s pre-order bonus content, the Deluxe Edition also includes 72 Hours early access to the game, and the “Dark Arts Pack,” a bundle which adds a Thestral Mount, Dark Arts Cosmetic Set, Dark Arts Battle Arena, and Dark Arts Garrison Hat (exclusively for the Digital Deluxe Edition).

Were your parents murdered by an evil wizard, but they left you a vault full of galleons at Gringotts Bank in their will? If so, you just might be able to afford the Hogwarts Legacy Collector’s Edition. The premium version of Hogwarts Legacy comes with all of the preorder bonus content of the Deluxe Edition, while including a nifty steelbook case adorned with the Hogwarts School of Witchcraft and Wizardry’s coat of arms, a Collector’s Edition box, and the cherry on top: a “floating wand with book base” sculpture/statue. All of this could be yours at the not at all exorbitant price of $299.99 from Amazon and GameStop. However, it appears that preorders are currently sold out on both platforms, so keep an eye out for restocking, or you might have to pay a marked up price to a Diagon Alley scalper. The Collector’s Edition is available for PC, PlayStation 4, PlayStation 5, Xbox One, and Xbox Series X|S.

To quote the Boy Who Lived, “We’ll take the lot!”