Five minutes or an hour here, there's no in-between 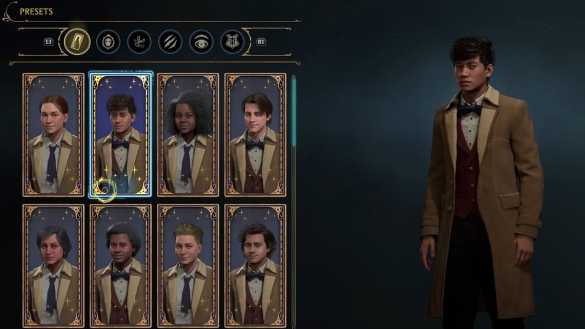 When you first get into Hogwarts Legacy and begin your magical wizarding adventures, creating your character is one of your first tasks. While some people may just pick a preset and move on, others will spend extensive time carefully detailing each part of their character’s face, body and clothes. However, knowing how the customization system works and its limitations will help you along the way. If you’re interested in learning more, continue reading to discover more about Hogwarts Legacy’s character customization system.

To fully understand Hogwarts Legacy’s character customization system, we’ll have to jump into a recent Gameplay Showcase. The showcase displays the entire menu, with options like appearance presets, hair styling and voice changing. It also has numerous ways to detail your face, with some features including changing your complexion, adding scars and wearing glasses.

Even though the Hogwarts Legacy Gameplay Showcase goes into extensive details about the character customization system, there are ways it can improve. While features like skin and eye colours offer diversity, it would benefit from wider ranges.

Related: The Great Hogwarts Legacy Divide: How Splits in the Community Will Shape the Game’s Future

The showcase also showed no indication that facial hair additions exist in the game for those who may have started to sport an early moustache or beard during their late teenage years. Another notable point is that outside of the presets, there didn’t appear to be any way to change your character’s height or body structure, limiting one’s appearance outside of their facial features.

Within the Hogwarts Legacy character customization menu, you can also pick your game difficulty, name and dormitory, allowing you to wrap up your designing adventures and choose where to begin playing.