Why Did VRChat Ban All Mods? - Answered - Prima Games
Tips

Why Did VRChat Ban All Mods? – Answered 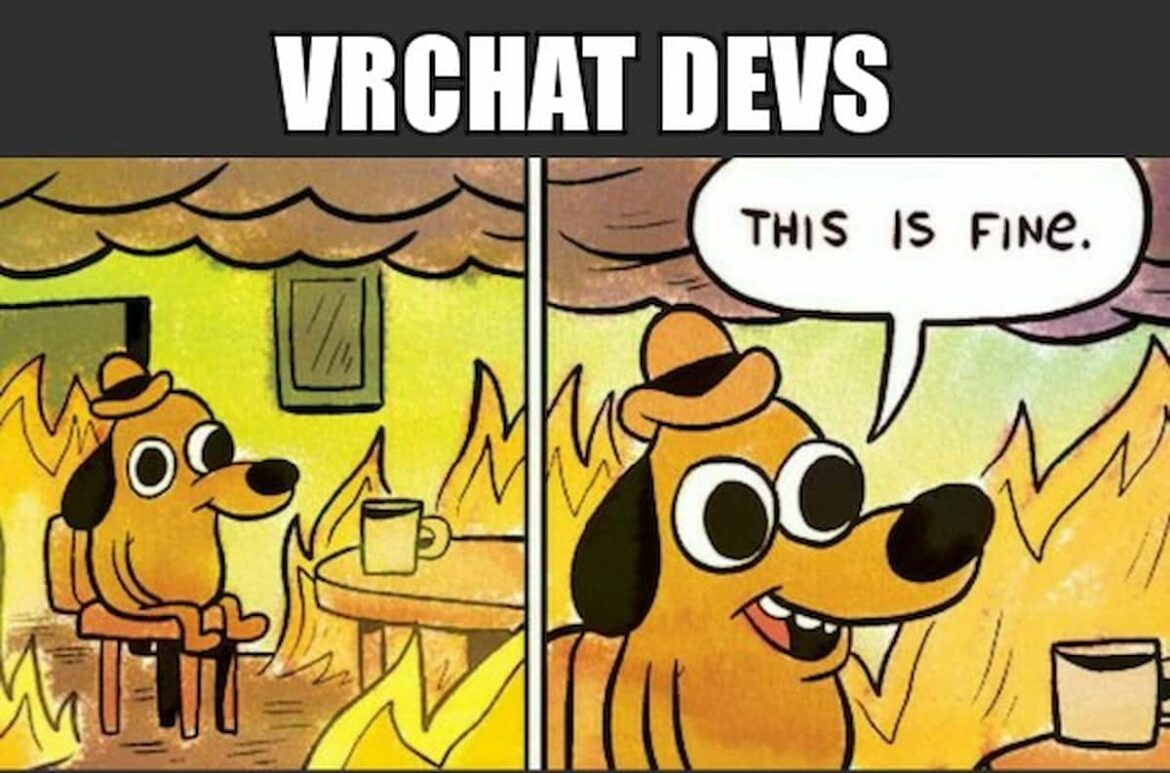 The drama surrounding the newest action taken by VRChat’s developers is spreading like wildfire online, and as a result of many unhappy players, the game is being review-bombed. And it seems as though what many are calling a “dumpster fire” is not going to extinguish itself anytime soon. So what exactly happened and why did VRChat ban all mods? Here’s everything we know so far.

What Happened in VRChat to Cause All This Dissatisfaction?

Well, the VRChat developers, in their infinite wisdom and what we assume good intentions, decided to implement Easy Anti-Cheat (EAC) in the game. You may or may not know Easy Anti-Cheat, but the chances are you’ve played at least one title with EAC in it, such as Apex Legends, Battlefield 2042, Black Desert Online, Chivalry 2, Darwin Project, Dauntless, Dead by Daylight, Dragon Ball Fighter Z, Dying Light, Lost Ark, Rust, Smite, and more. The list goes on.

However, these are mostly competitive games where successfully cheating leads you to some sort of advantage, helps you win games, and/or increases your ranking… VRChat? VRChat is a social game where there’s really no competition of any kind, so this decision hasn’t gone down well with many players.

What Are The Positive Sides of Easy Anti-Cheat in VRChat?

To keep this article as informative and objective as possible, we will “hear out” both sides of this situation. The basic idea was to keep malicious modders and hackers out of the community. There has been a lot of talk about people crashing legitimate players’ games, causing distress in lobbies, and hacking with the intent to ruin other people’s experiences.

However, there is a lot of controversy behind Easy Anti-Cheat, related to the privacy of users’ data, system resources consumption, working in the background when not necessary, and of course, EAC not being effective enough to stop all hackers in other games (let’s face it, no anti-cheat software is perfect, and it’s an endless race between the developers of cheats who find new ways to bypass the anti-cheat, and developers of the anti-cheat who are trying to discover how they bypassed it so that they can fix the situation). Many people just generally do not like overly-intrusive anti-cheat software that has elevated privileges within their Windows system.

To add insult to injury, despite VRChat announcing on Steam that they want to hear out the feedback of their community, they put also said the following: “Let’s follow that up with the hard part: we are going to be releasing this update, and we do not have plans or intent to revert or roll it back” which many players have expressed they feel is a double-down, given the huge backlash this update has received.

In the graphs above, you can see that VRChat has lost about 40% of its daily active users (and it still hasn’t stabilized) and that ChilloutVR and NeosVR are slowly taking off. There have been calls to migrate over to those games across Reddit, various Discord servers, and other social media platforms by angered VRChat players.

To summarize: VRChat’s developers banned ALL mods because a small percentage of them were malicious, for security purposes.

What Are The Negative Sides of Easy Anti-Cheat Implementation to VRChat?

Where to begin? People who are (partially) disabled are now left in the dark without Quality of Life mods made by the community. Many players have been using QoL mods to allow them to play when they either couldn’t do so otherwise or would have had a difficult time trying to participate.

Players are questioning why VRChat developers can’t make a compromise to have the official game available alongside the modded variant. Some community mods managed to prevent crashing. And in general, the community made a lot of mods that worked wonders against griefers.

Low-end PCs will now have performance issues due to AMD FSR, Intel XeSS, and Nvidia VRWorks SLI not being allowed anymore. Virtual Machines with Windows on them that you ran on Linux won’t be usable due to EAC’s policy.

As we’ve shown in the graph above, the short-term impact of this decision has driven around 40% of the players away from the game already and it’s not been a week yet. What will happen in the following months remains to be seen.

The only thing that remains is to sit back and watch the show. Virtual pitchforks and torches are out, people are canceling their VRChat+ Subscriptions en-masse, and Reddit and Twitter are full of memes.