Where to Find Pink Houseleek in Disney Dreamlight Valley

Another flower for the Odorous Magnificus 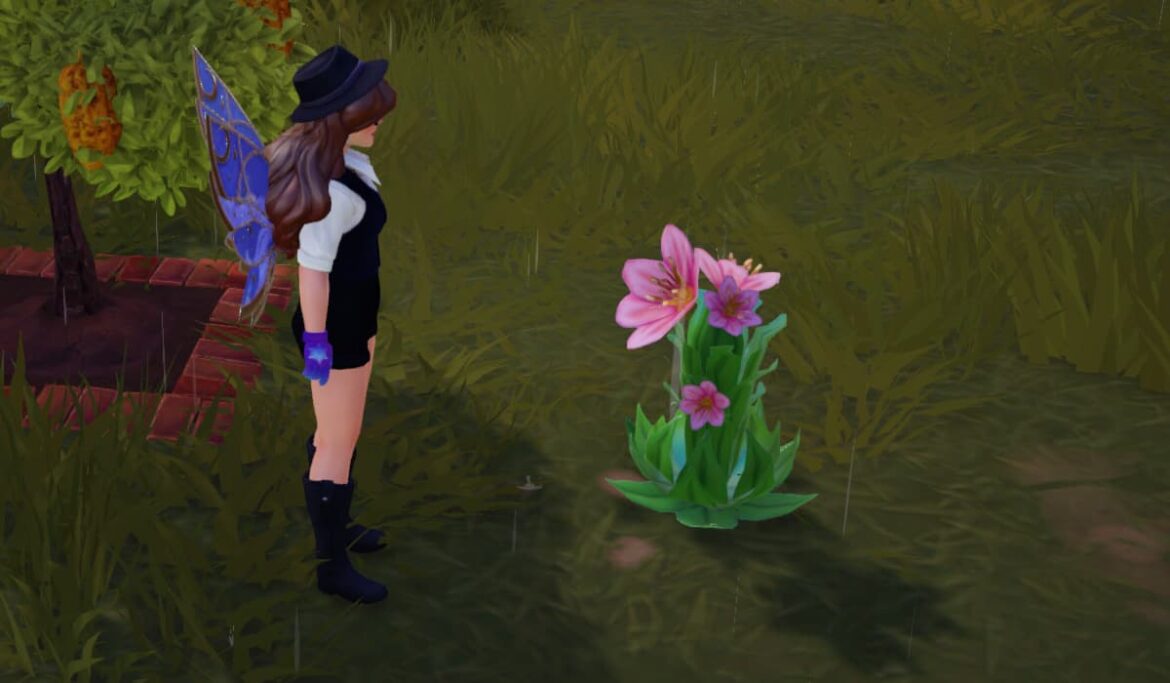 The Forgotten Project is a quest in Disney Dreamlight Valley that asks you to gather four different flower types to create the Odorous Magnificus. Using this concoction, you’ll open Donald Duck’s time capsule and discover what’s inside. One of the four flowers in this list is the Pink Houseleek, a plant native to a later region in the game. If you’re interested in learning more, continue reading to discover where to find a Pink Houseleek in Disney Dreamlight Valley.

Where to Find Pink Houseleek in Disney Dreamlight Valley

You’ll find the Houseleek flower in Sunlit Plateau. It costs 7,000 Dreamlight to open access to Sunlit Plateau through the Plaza. Make your way past your house towards the nearby ramp until you find the large Night Thorns. Clear them out to proceed.

Once you’ve ventured into Sunlit Plateau, you’ll find two different flowers. Bromeliads are large, lush plants sprouting one flower in the center. Houseleek is a taller plant with four flowers along its stem. This is the type you’re looking for!

Related: Where to Find Yellow Bromeliad in Disney Dreamlight Valley

There are several different colors for each flower type. While Bromeliads come in yellow, red, and pink, Houseleeks are orange and pink. Since both come in pink variants, look out for open, pink, and yellow Houseleek flowers rather than the smaller, pale ones on Bromeliads.

The rest of the process relies heavily on luck. You’re not guaranteed to find a Pink Houseleek each time you enter this area. Instead, you may find several Bromeliads or mostly Orange Houseleeks rather than pink. One of the best ways to raise your chances of finding them, though, is by picking flowers and allowing them to regrow over time. By refreshing the flowers that appear, you’ll significantly increase your chances of finding the one you need.

Disney Dreamlight Valley is available to play on PC, Nintendo Switch, Xbox One, Xbox Series X|S, and PlayStation platforms through the official website. If you’re interested in learning more about the game, check out our The Unknown Flavor Quest Guide and How to Cook Stone Soup for Anna in Disney Dreamlight Valley.