How to Upgrade the Pickaxe in Disney Dreamlight Valley

You do quests until you do the right quest 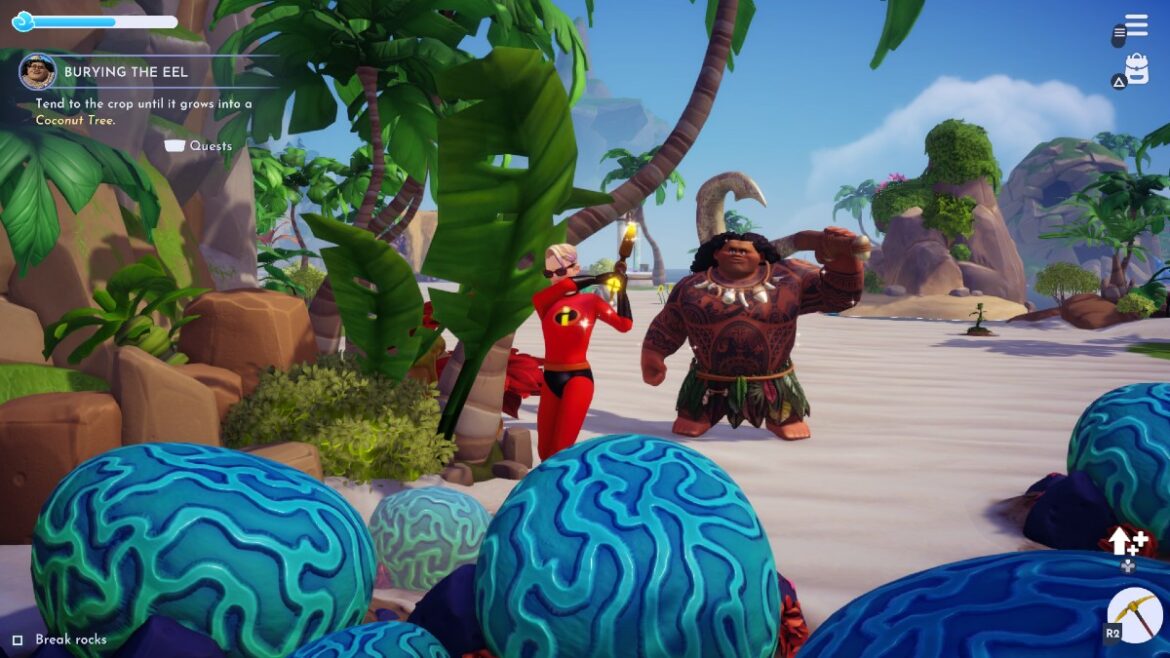 Upgrading tools in a farming-slash-life sim? No way, that’s impossible. Unbelievable. Totally… a linear part of the game. Yes, you can in fact upgrade the magical tools you get early on in Disney Dreamlight Valley, and no, it isn’t much of a Herculean task at all. It’s as simple as advancing the story and unlocking characters, in this particular case Maui. This large man and his Great Value Dwayne Johnson voice are the keys to unlocking a stronger pickaxe, and breaking those brain-shaped coral thingies you come across.

To unlock Maui, you need to play through Disney Dreamlight Valley’s story long enough to open up the castle. When you do that you get to unlock the three doors you see first, which open the game up to new Realms. The Moana realm is the middle door, and that’s where you’ll find Maui and Moana, naturally. These characters don’t take much time at all to unlock, so speak to them both and perform their tasks to get them moving into the village.

Upgrading your pickaxe is tied into doing the above. In the process of helping Moana out, you’ll involve Maui. And in order to help Moana, you need a stronger pickaxe, which is what the big guy does for you. You clear the obstacles around the raft, sail around with Moana a bit, and there you go. Not only is your pickaxe upgraded, but you have two new characters to build relationships with.

There are two more upgrades for the pickaxe, the second of which is something that happens as you befriend Maui. For the third upgrade, you’ll actually need to get involved with a different movie’s cast, that being Frozen’s Anna and Elsa. But we’ll get to that in another guide. In the meantime, check out how to unlock other characters, such as Minnie Mouse.