When is Valheim Coming to Xbox? - Answered - Prima Games
Tips

When is Valheim Coming to Xbox? – Answered 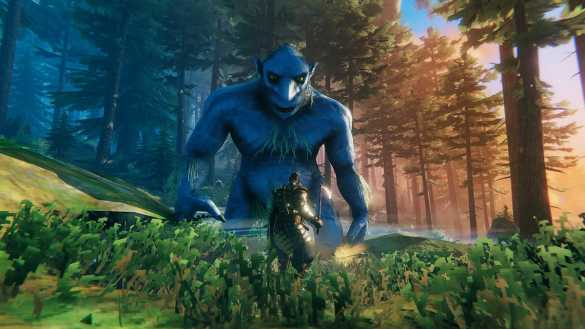 For the past couple of years, Valheim has maintained popularity within the open-world survival game genre. While it’s only been available exclusively on PC until now, many have speculated that the game would one day be playable on Xbox consoles, among others. While there was a time when this wasn’t confirmed, its release onto PC Game Pass in fall 2022 and the dawn of a new year sparked these thoughts once more. If you’re interested in learning more, continue reading to discover when Valheim is coming to Xbox.

When is Valheim Coming to Xbox?

As of now, Valheim is currently available to purchase on PC through Steam, the Humble store and PC Game Pass. While this means it’s already available on the Xbox Game Pass platform, it isn’t technically available on Xbox. Instead, we’ll have to wait until Spring 2023.

Related: Valheim – How to Get and Use Withered Bones

According to the official Valheim Frequently Asked Questions page, the game will become available on Xbox in early 2023. This statement was also made more recently in Valheim Development Blogs, discussing quests and concepts. Furthermore, an official Tweet from June 2022 also confirms that the team has plans to launch the game on Xbox in Spring 2023. However, that’s as far as the information goes regarding the release date.

While there’s no exact date for Valheim’s Xbox release date currently, we can rest assured that this is on the team’s radar for 2023. This update also includes crossplay support for anyone who wants to play on Xbox alongside their PC friends. Interestingly, the FAQ page, in particular, also mentions that compatibility for macOS may one day happen, but this isn’t planned for the immediate future.

Valheim is available to play on PC through the official website. If you’re interested in learning more about the game, check out How to Farm Soft Tissue and Where to Get Anglerfish in Valheim.