Valheim - How to Get and Use Withered Bones - Prima Games
Tips

Valheim – How to Get and Use Withered Bones 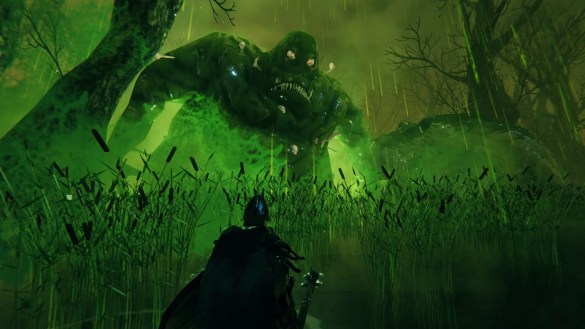 In Valheim, you will collect various items that you will use later on for crafting or as consumables, but sometimes you will come across items that you won’t know what to do with. “Withered Bones” is one, found in Valheim’s Swamp biome, but what can you actually do with them? Let’s find out.

How to Get Withered Bones in Valheim

Withered Bones as an item can be mined in the Sunken Crypts found in the Swamps, but to get inside those Crypts, you will first need to defeat the second boss in the game: the Elder.

Related: How to Back Up Save Data in Valheim – Save File Location

Once you get the Swamp Key from the defeated Elder, you can unlock the Sunken Crypt, a green glowing structure that you’ll often run into in the Swamp biome. You’ll find Muddy Scrap Piles inside – mine them with Bronze Pickaxe until you get Withered Bones.

Additionally, you can sometimes find Withered Bones in the chests that are lying around in the Swamp biome as well.

What are Withered Bones Used For in Valheim?

So, you have Withered Bones in your inventory now, but what do you do with them? For now, the only use for Withered Bones is to unlock the third boss in the game: Bonemass. You need to collect 10 Withered Bones by mining Muddy Scrap Piles in the Sunken Crypts, or by opening chests around the Swamp biome, and then place them on the altar to summon Bonemass – the very fun-looking third boss in Valheim.

For more Valheim here on Prima Games, check out How to Build a Chicken Farm in Valheim: Everything You Need To Know About Chickens, How to Make Root Armor in Valheim: Is it Good, and Are Flesh Rippers Good in Valheim? – Answered.