What Are the Wild Shiny Odds in Pokemon Scarlet and Violet? - Answered - Prima Games
Tips

What Are the Wild Shiny Odds in Pokemon Scarlet and Violet? – Answered

You are my sunshiny. 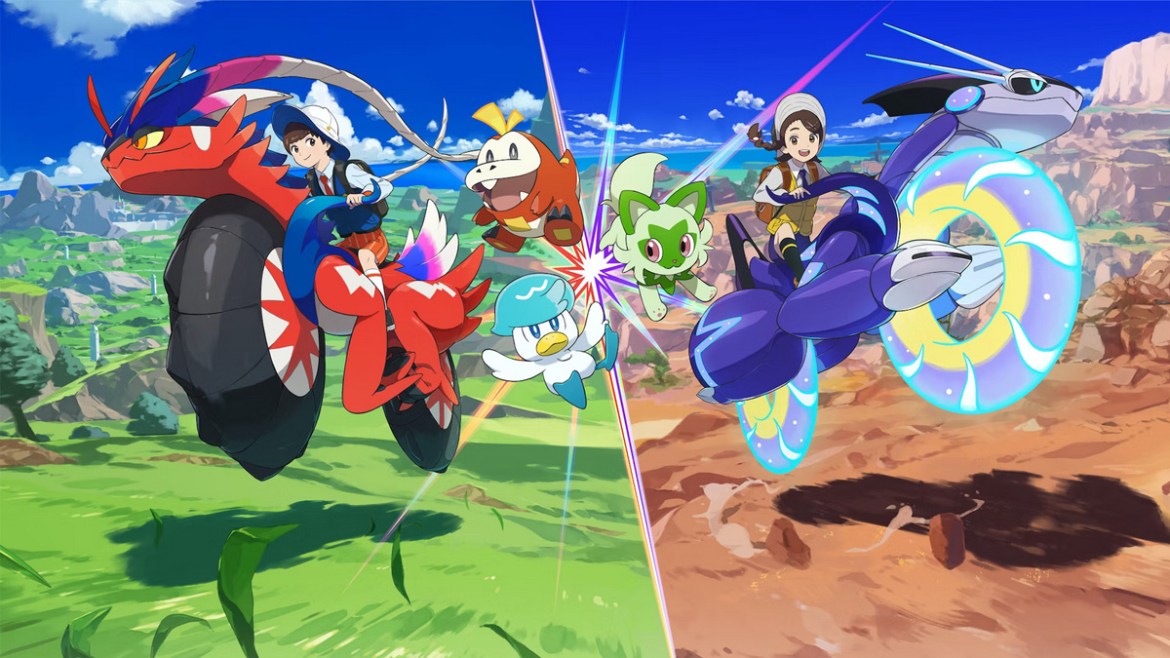 Everybody loves Shiny Pokemon. The most recent games have not only made finding them naturally easier but have also given us many new methods for increasing the odds of a Pokemon being Shiny. Some of those multipliers are usually reserved for the post-game, but the base odds are still quite generous, so it’s important to know about them. So, what are the wild Shiny odds for a Pokemon in Scarlet and Violet?

For the first time in the series, the odds have been specified directly in-game by one of the NPCs. During one of your classes in the Naranja/Uva Academy, Professor Jacq himself will ask you what are the odds for a Shiny, for which the answer is 1/4096 chance of finding a Wild Shiny Pokemon. The in-game text reads as 1/4000 but the 96 extra are definitely still there as it has been since X/Y.

You can easily spot a Shiny Pokemon thanks to its different coloration and the shiny sparks around it. It will always stand out from the crowd whenever it crosses your path, so don’t worry about missing them. Shinies are not necessarily stronger than regular Pokemon, but they’re pretty. That’s all that matters and I’ll hunt for them.

Related: How to Fast Travel in Pokemon Scarlet and Violet

How to Increase the Wild Shiny Odds in Scarlet and Violet?

The simplest method is the Shiny Charm, another staple item in the series. As per tradition, you can obtain it after completing the game and obtaining all Pokemon in the Regional Dex for Paldea. It will take you lots of time, but it’s well worth it as it boosts your chances to a whooping 1/1365.

Mass Outbreaks from Legends Arceus are also present in Scarlet and Violet, in which swarms of certain Pokemon will start appearing in a certain region. Make sure to take a look at those events as they offer you increased chances of finding a Shiny depending on how many Pokemon you defeated. The odds are:

Related: What are Paradox Pokemon in Pokemon Scarlet and Violet? – Answered

The game features special Sandwiches, which can increase the odds of finding Shinies. They require the Herba Mystica ingredient that is only obtainable in the post-game to give them Sparkling Power (the increased odds) for a specific Pokemon type. Here are the increases:

Finally, there’s the Masuda Method in which you breed Pokemon from two different regions (e.g. a Pokemon from a Japanese game with an American one). The odds for the new creature to be Shiny are dramatically increased to 1/682.

And of course, you can stack them all up! Remember that the odds will increase multiplicatively, which means you always get better chances, but they will never increase to 100%. By wielding the Shiny Cham, using a Sparkling Power Lv 3, and defeating over 60 Pokemon in an outbreak, your chances go as high as 1/512. These are the same odds you get by using the Masuda Method while having a Shiny Charm (the only other method that affects breeding).

And that’s it for now for the Shiny Pokemon in Scarlet and Violet. If you’re curious about other aspects of the Paldea titles, take a look at our other guides here at Prima Games, and good luck!