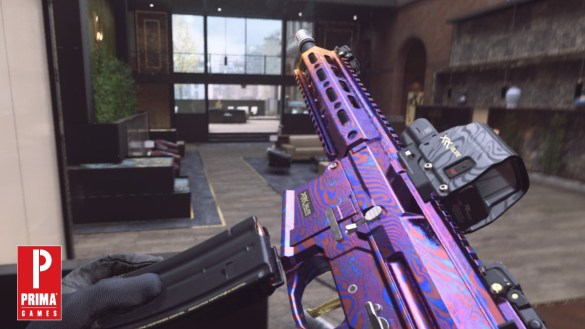 If you played Call of Duty: Modern Warfare 2019, then you’re likely well acquainted with the Damascus Camo that served as the final mastery in the reboot. Not only were fans underwhelmed by the appearance at the time, but it was also an excruciating process to earn when compared to Modern Warfare 2.

Due to the difficulty of obtaining the camo, it’s become an iconic look for Call of Duty, and now it seems to be on the way to MW2 in another form. The mastery camo in the latest COD is Orion, and some players have already obtained it. So how will Damascus play a part in Season 1 Reloaded?

MW2 & Warzone 2 – Was Damascus Camo Added to the Game?

The short answer to this question is no, Damascus camo was not added to Modern Warfare 2. However, there was a store bundle added to the game called “Damascus Forge 2” that also happens to have tracers. Two weapons included in the bundle have the classic Damascus camo as the base design. So in a sense, Damascus was finally added to the game through the store section in a different way.

There was a bundle earlier in the season that looked like the iconic camo, but it had green and blue instead if the base color scheme. Many speculated that we would get the real forge pack after several leaks, and now here we are. Players who never had a chance to use Damascus in 2019 have the opportunity to do so now.

Both the Chimera assault rifle and the P890 sidearm were included as the Damascus weapons within the bundle, and they both shoot purple tracer rounds. The bundle, which is around 1,600 COD Points, also comes with an emblem, a sticker, a large decal with a Norse warrior, and a Damascus ingot charm. Just keep in mind that only these two weapons can utilize this design once the bundle is purchased in Modern Warfare 2 or Warzone 2.