What is the Best Search & Destroy Class in MW2? - Prima Games
Tips

What is the Best Search & Destroy Class in MW2?

Make each round count. 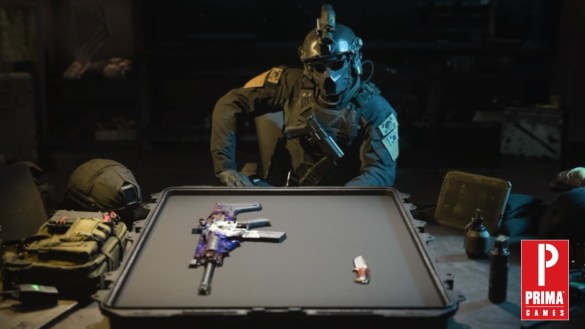 Search and Destroy is one of the most difficult modes in Call of Duty: Modern Warfare 2, and it also happens to be one of the most competitive. Players only have one life each round and knowing the map is as important as ever, so having a class to match that importance is integral to victory.

When you have incredibly low room for error with each gunfight, you’ll need every advantage that you can get. Not only will we cover the best weapons that you can pick up, but we’ll also go over the best perks and pieces of equipment to take control in every round of Search and Destroy in MW2.

Modern Warfare 2 – What is the Best Search and Destroy Class?

Before we get into the individual aspects of a class in MW2, such as perks and equipment, we want to choose a primary weapon. This will dictate how you can play each map and will be your main crutch. There are a few weapons in each of the most popular classes that can be used as blueprints. Below you can find a list of the best guns for Search & Destroy in Modern Warfare 2.

There are other weapons such as the RPK or the EBR that can also be used, but they aren’t allowed in any competitive environments, and they typically still don’t crack the top 5 weapons. Below you can also find three loadouts that can serve as a blueprint for nearly every other class in Search and Destroy.

You can always move some of these attachments around to use an optic instead, but you’ll lose some stats in the process. However, if you are aiming better, then it’s likely worth it to keep the optic. As for the snipers, focus on ADS and rechambering speed. The rest won’t matter.

Our next step for an SND class is to pick a secondary. In almost every case, the Combat Knife is what you want. This secondary allows you to run faster than anything else which is an integral bonus in Search. The only time you should use something else is on sniper classes, and in those cases, a handgun with quickdraw is perfect.

With both of your weapon slots filled, you’ll need to pick the right perks. There are a couple of different decent combos that can be used, but one perk kit seems to be more powerful than the rest. A list of perks for your loadout can be found below with each category.

Bomb Squad and Double Time should always be picked for Search and Destroy in MW2. Bomb Squad ensures that you won’t be killed instantly by grenades, while Double Time allows you to Tac Sprint for longer and crouch faster. You’ll see the difference these perks make in every single match.

As for the equipment you want, Frag Grenades are always the best lethal option. Semtex can be good as well, especially for Riot Shields, but Frag Grenades are far more versatile. Along with the lethal, equip the Flashbang in the Tactical slot. The Stun and the Flashbang are similar, but the flash can turn the tide of nearly any gunfight, even with a mask perk on. At the moment, Flash Grenades are considered way overpowered and can even be banned in some cases for those who are running competitive matches of Search and Destroy.

To cap off the equipment, Dead Silence is almost always the best pick, but Trophy Systems can also be used for a coordinated team in Modern Warfare 2. If you’re playing public matches, Dead Silence is perfect for fast-moving players and it can save you in a pinch. The Trophy is great for slower players who like to hold a position, despite grenades flying.

All of these options should be enough to push you ahead for some much easier wins in any public MW2 Search and Destroy. Even ranked should feel a bit easier once it releases in early 2023, so get those loadouts ready and start practicing.