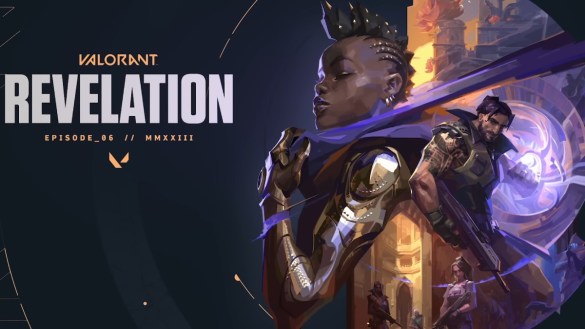 Valorant’s newest episode, entitled REVELATION, is just around the corner as the release of Patch 6.0 draws near. The sixth episode comes with a handful of exciting new content to jump into, some familiar content making a return, and various gameplay changes to improve the overall experience. We’ll go over the new changes below to get you ready for the patch’s release on January 10, 2023. Here’s the full patch notes for Valorant Patch 6.0, including the new map and gameplay adjustments.

Valorant Patch 6.0 introduces a new map, the return of Split, and various gameplay updates – so don’t expect any Agent rebalancing beyond a few bug fixes here and there. Since 6.0 is also the beginning of the new REVELATION episode, we can expect a brand new battle pass to surface. Let’s go over the new changes below.

The brand new map, Lotus, takes place in the ancient, mysterious ruins seen in the most recent REVELATION trailer. Lotus will be a three-site map, making it only the second map in Valorant to feature three separate sites to plant the spike. Lotus will only be playable in the new Swiftplay game mode for the first week of release, and will enter the Competitive and Unrated map pools on the release of Patch 6.1.

The Return of Split – Reworked

The dearly missed map, Split, will be making its return with some much-appreciated tweaks to various locations to make attacking a little easier.

The first engagement area into A Main has been widened and given a smell ledge to help with mixups.

The under-over ledge on A Rafters has been removed to lessen the risk for attackers when entering the site.

The defending side of A Towers has been flattened to make fights on Ramps easier for both teams.

The boxes under the Mid platform have been adjusted, allowing players to silently drop onto them and eliminating the need for trick-jumping on top of them.

The defending side jump-up boxes in B Tower have been removed.

The hard corner in the B Rope Pocket has been smoothed out so that attackers can clear it more easily.

Related: How to Fix Valorant Stuck in Loading Screen Error

Breeze and Bind will be removed from the Competitive and Unrated map pools, but can still be played in all other modes.

Patch 6.0 will slightly change the way Ranked Rating (RR) points are gained and lost. Now, RR gains/losses will depend more on wins/losses rather than the exact round differential of the match. This should make the amount of RR gained and lost more consistent based on whether your team wins or loses, and should help prevent players from losing tons of RR when their team is swept by a wide margin.