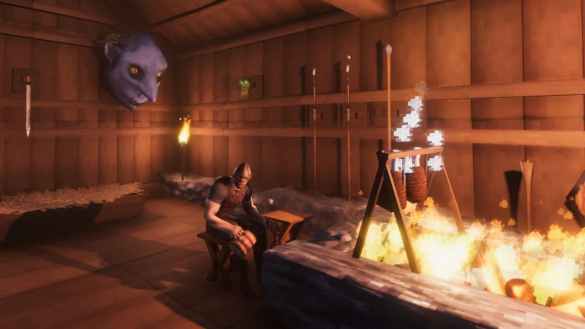 Valheim has resurged in popularity ever since the Mistlands update was released, and if you aren’t sold on revisiting the game you grinded a few years ago, Ashlands is also on the way. It seems that Iron Gate has gone to fifth gear after a long period of hibernation, and there are many new cuisine specialties that you can make in Valheim. Here’s the best foods in Valheim, ranked.

There’s quite a lot of food in Valheim, ranging from stuff that you just pick up in the wilds and eat to end-game food which is tedious to make due to the scarcity of the materials required. However, we will disregard the production difficulties and sort the food based on what they provide because we assume that everyone will max out their resources before heading out to raids. Food can provide your character with Health, Stamina, and Eitr bonuses.

Now, some food is better for tanks, some for mages, and some for damage dealers. Still, you will undoubtedly find a decent combination of food for your character, depending on your situation.

Related: Where to Get Anglerfish in Valheim: Anglerfish Locations Guide

Related: Ashlands in Valheim Announced: Everything We Know

We hope you liked this tier list! Make sure to check out How to Build a Chicken Farm in Valheim: Everything You Need To Know About Chickens and All Cheat Codes and Item List in Valheim on Prima Games.