Wait is this one guide or like, five guides? Why do I do these things to myself 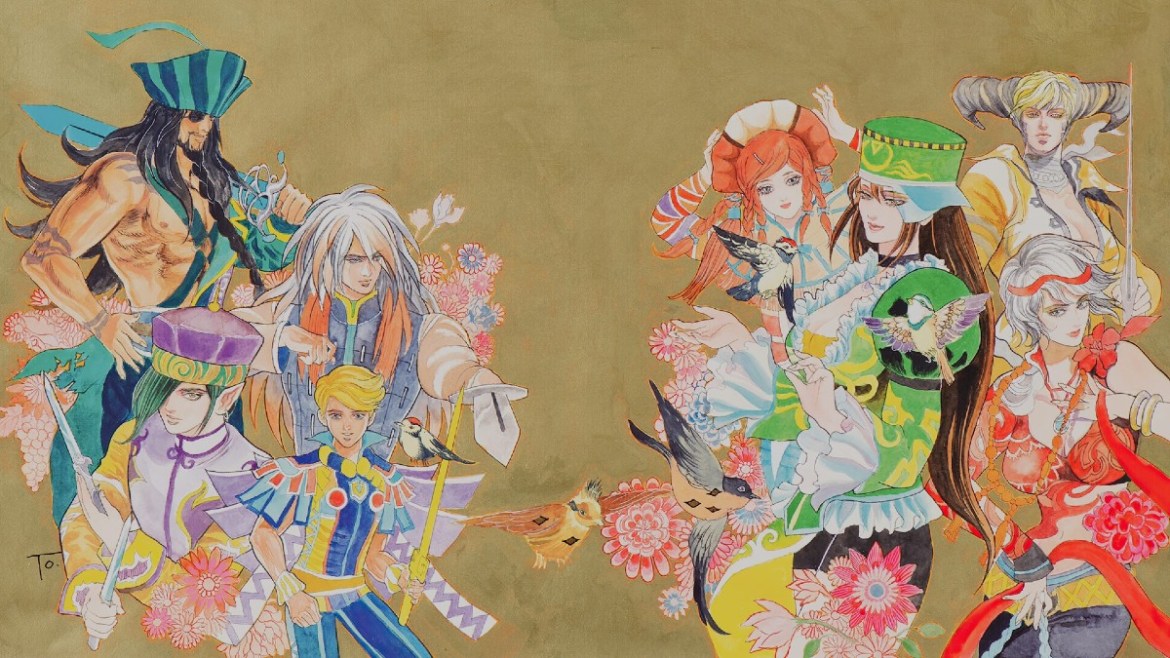 Romancing SaGa: Minstrel Song is funny, because before you play it you hear things like, “you can miss quests” and think that sounds bad. But then you come across a quest sometimes and think, man, I could really do without having to deal with this crap. Case in point, we’re here in this article to talk about the ecology quests. This is probably the weirdest set of tasks in the whole game in my opinion, but there’s enough cool stuff happening around them I can’t recommend skipping them. So here’s a guide on ecology quests in Romancing SaGa: Minstrel Song.

Yeah, so, you may have come across a book in the Melvir library that talks about the world’s ecosystem and which kinds of wild animals eat other kinds. This comes into play when you meet the Four Elemental Lords. There’s the whole armlet fetch quest series with these guys, but there’s also the ecology quests. Each Lord will tell you their preferred species is unnaturally dying out, so it’s your job to go out there and violently fix the local wildlife population.

For these quests, the game actually gives you a list of the current population rankings in the relevant areas. You can check it at any time by pausing the game as long as you’re within the quest boundaries. Once you get the one you need to the number one spot, you can head back to the Lord and finish the quest.

If you don’t quite know what you’re doing, these can be pretty frustrating. For one, there are only specific areas you can be in, which again are noted by the game providing you the population list. To impact the list, you have to get into fights, which will alter the list according to the hierarchy noted in the library earlier. You can determine which class a monster falls under by its overworld model. Some of them are obvious (aquatics are fish), while others may be less obvious, like the slimes or bipedal monsters (the ones that may or may not be wearing pants? It’s hard to tell).

Believe it or not, Strom likes fish. So you gotta kill all the Not Fish around his temple to make the aquatic population top of the food chain. Luckily you can find every other type of monster inside the temple itself, so there’s no need to worry about going outside to catch stragglers.

Adyllis wants more bugs! This time you’ll likely have no problem whittling down the wildlife around the Great Pit/Bayre Plateau area… until you realize there aren’t any damn fish anywhere. Turns out Melvir Sewers also fall under Adyllis’ jurisdiction, so head down there to quell the aquatic population and you’ll be good to go.

This one is the biggest pain in the ass of the set, because of how many dang beast monsters are running around Mt. Scurve. You also run into the aquatics problem, so you need to either head to Aquamarine Caves, or the “Hole 4” room in Mt. Scurve. Then make sure you have plenty of smoke bombs ready for the trek up to Avi at the summit, because one wrong move and you pretty much have to start over.

Compared to Beast and Insect, Plant Ecology is pretty easy. You might need to visit the Plains a little to round things out, but it’s a wide enough area (and Mt. Tomae has that wonderful shortcut) that makes it easy to maneuver around the stuff you don’t want to fight.

Here’s a fun twist. If you’re on a New Game Plus run, it’s possible to fail these quests. If you completed them in a previous run and start the quests after your Event Rank is around 18, you can instantly fail if you visit any town after starting. Head back to the Lords and they’ll have new forms and also really want to kill you. Defeating them will give you special weapons, and defeating Pyrocanis (formerly Pyrix) in particular opens up a whole other rabbit hole you can dive into. Remember that weird door behind him? Yeah.

There’s yet another questline tied to these ornery old Elemental Lords. If you take on and complete Aquatic Ecology early enough in the game, Strom will tell you about the Jewel Beast. This opens up the monster’s lair, and an incredibly difficult boss fight. But this route makes the fight much more manageable than if you encounter it later, which is a whole other matter entirely. A pretty messed up matter if I’m being honest. If you know, you know.

And that’s all you need to know about the Ecology quest series in Romancing SaGa: Minstrel Song Remastered. Probably.