Trust me, it isn't as bad as it sounds. Famous last words, I know 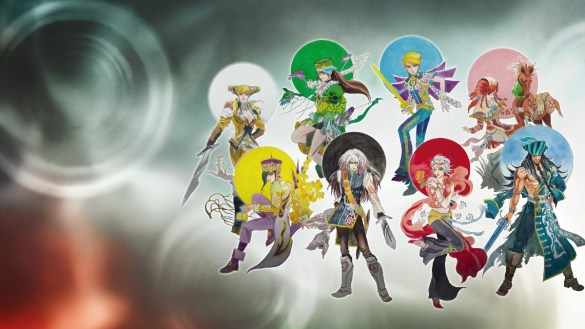 SaGa games are often known for being obtuse to say the least, but Romancing SaGa may be the scariest of the whole series. That’s largely due to the mysterious air surrounding the way side quests work. It’s all about a little system called your “Event Rank,” something the game only drops hints at. I’ve been playing tons of Romancing SaGa: Minstrel Song Remastered, and I’m going to try my best to explain this. Hopefully by the time we’re done, it’ll be a little easier to deal with.

Event Rank is how Romancing SaGa measures your “progress.” Think of it as a way to measure time passing. As time passes, things happen in the world around you, regardless if you’re involved or not. That means, of course, that you can miss out on some things. It’s definitely intimidating, especially since the game doesn’t warn you and only speaks up when a door closes on you. Long story short, there’s no first-run completionism without a guide.

But! And this is a very important but! Not everything runs out on you. There still has to be a game for you, after all. The biggest thing that messes with people is a small handful of quests are only open for a limited time, early on. It’s easy to miss these by a mile if you don’t know about them. But that’s okay, because the majority of events will give you plenty of time to encounter and complete. Most considered big enough to be part of the bigger “plot” stick around until you finish them.

There are two ways to check your own Event Rank in Minstrel Saga Remastered. When you open the menu, you’ll notice a huge, red, clock-like object in the bottom left corner. That’s a literal gauge for your Event Rank, although there’s no text or explanation of what it is or why it’s there. But when your Event Rank goes up, the next time you open the menu you’ll see the needle move ahead a little. And if the whole thing turns bright red and looks more sinister? The way to the final boss is open.

You can also, weirdly enough, check your progress through those weird, little tutorial goblins who hang out by the entrance of each populated area. These bizarre children are indicated with a small sparkle, so you know exactly who to talk to. They also give you maps and can manage your storage, so yeah. Useful little bastards. They also offer you tutorial messages, little bits of extra context, and instruction for Romancing SaGa’s array of systems. But there’s a catch. These tutorials fill in over time, only appearing at certain Event Rank thresholds. When a new tutorial is available, that means some flags have been activated, and things have changed. Maybe you missed something, or maybe you’ll find something new around the corner!

Finally, let’s go over what makes Event Rank actually go up. Luckily this isn’t a real-time system, because that’d be horrible! Instead, it’s based on victories in combat. That’s right, only dubs push you forward on the timeline, which is a pretty heinous element for folks who like to grind. But it is what it is. If you run away, it don’t count. So if you’re trying to keep your rank down, make sure you have plenty of smoke bombs.

If all of this is already stressing you out, just keep in mind that completion isn’t a big important part of Romancing SaGa: Minstrel Song Remastered. It’s all about discovery, stumbling into things, and reacting to what the world throws at you. By utilizing the New Game Plus feature and using the relevant tic boxes, you can even carry your quest journal over so you can chase that dragon over multiple runs. And each character has their own story to contend with, making NG+ in this bad boy really worth engaging with. Take it from someone who gets anxiety from timers in big games (Fallout, Majora’s Mask, etc); Romancing SaGa isn’t the same kind of antagonistic force.