Overwatch 2: How to Complete the “Ominous Portent” Wrath of the Bride Challenge - Prima Games
Tips

Overwatch 2: How to Complete the “Ominous Portent” Wrath of the Bride Challenge

Watch out for the jumpscare. 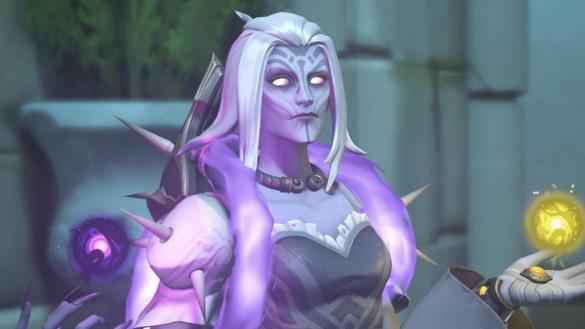 Trying to level up your Overwatch 2 Battle Pass? Luckily for you, Blizzard has added in some scary Challenges that are exclusive to the Halloween Terror 2022 event, though they’re only available for 14 days so make sure you finish them all in time.

The Wrath of the Bride PvE mode has multiple Challenges for you to unlock, but some of them may leave you scratching your head because they’re written in riddles – the “Ominous Portent” Challenge being one of them. Here’s how to complete it by witnessing all 7 Banshee moments in a single run in Overwatch 2.

While there are a handful of other Challenges for you to complete during Wrath of the Bride, Ominous Portent is by far the hardest one – purely because you need to rely on your three teammates which, let’s be real, doesn’t always work, especially if you play with strangers.

Play past the Tavern section until you reach the area where you need to find the gate key. It is important NOT to pick up the gate key until you’ve finished the Challenge or you’ll need to play through it again. Banshee Moira appears randomly around this area (we think so, anyway – we just wandered around until it popped) so you and your team will need to look around until you spot her seven times. The good thing about this is that if anyone on your team sees a Banshee moment, it counts for everyone. So you all get the completion once all seven encounters have been triggered, plus Kiriko’s “Tarot Reading” voice line.

But as we mentioned, it really relies on your team not making a beeline for the gate key. I played eight games of Wrath of the Bride, annoying people as I asked if we could go for the Challenge, before my group finally agreed to not touch that damn key. So if you have three friends who you know won’t grab it before the Challenge is done, you’re better off asking them rather than playing with randoms. Otherwise, it’s just a crapshoot.

Oh, and be careful once you finally go for the key because Moira will scare the absolute cuss word out of you with a jumpscare. Don’t say we didn’t warn you.

Now that you know how to complete the Ominous Portent Challenge in Overwatch 2’s Halloween Terror event, check out our other Challenge guides if you need help with more this scary season: