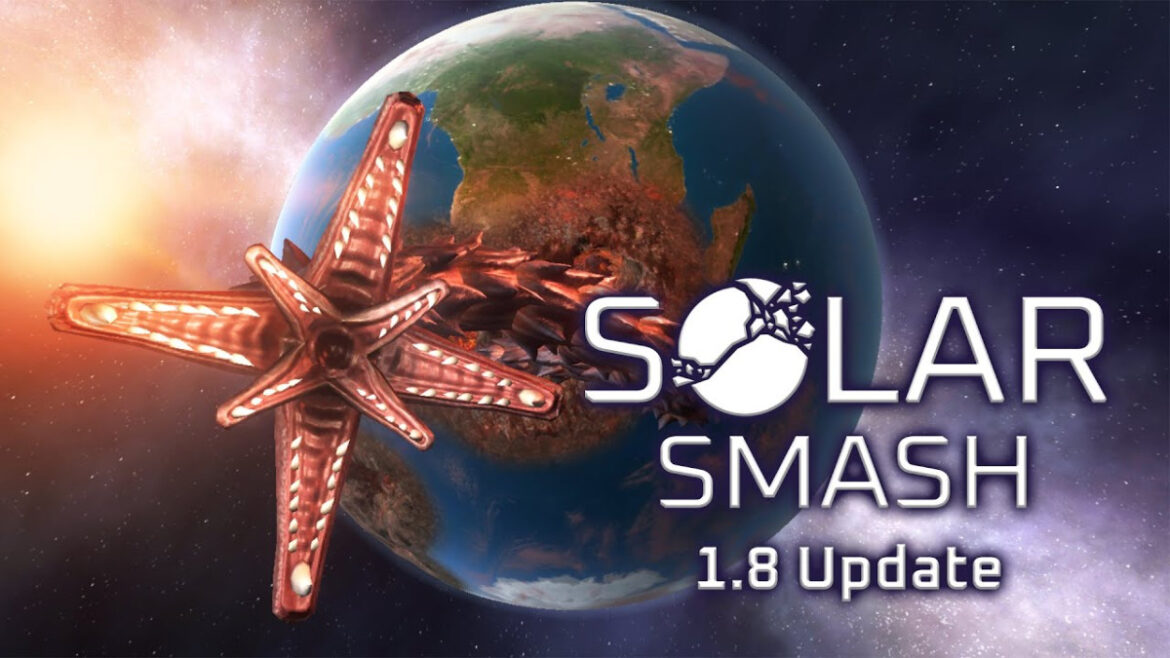 If you’re playing the most popular planet destruction simulator, you’ve definitely read many of our guides for this incredibly fun game. However, in order to have all of that bizarre weaponry and unusual hidden worlds, you must have the most recent version of the game. Here’s how to update Solar Smash and a guide to what’s in the new update.

How to Update Solar Smash

When you start Solar Smash, look in the lower right corner of the main screen where there should be a number. If you see 1.8 here, you are all good! However, if you notice a number that indicates a previous version, it means that the app was not updated automatically. Visit the Apple App Store or Google Play Store and simply download version 1.8.

Finally, a reminder to avoid the download called “Solar Smash 2” as it is a knock-off that has nothing to do with the game. When downloading the update, make sure that Paradyme Games is listed as the author.

Released on May 9, 2022, the 1.8 update is currently the latest version that you need to have in order to access all of the new secret fun stuff.

Check out the official trailer below which details all of the new content the 1.8 patch brings to Solar Smash: