How to Unlock Peppino Secret Character in Vampire Survivors (0.7.3)

People like to play "no movement" challenges anyway, LOL. 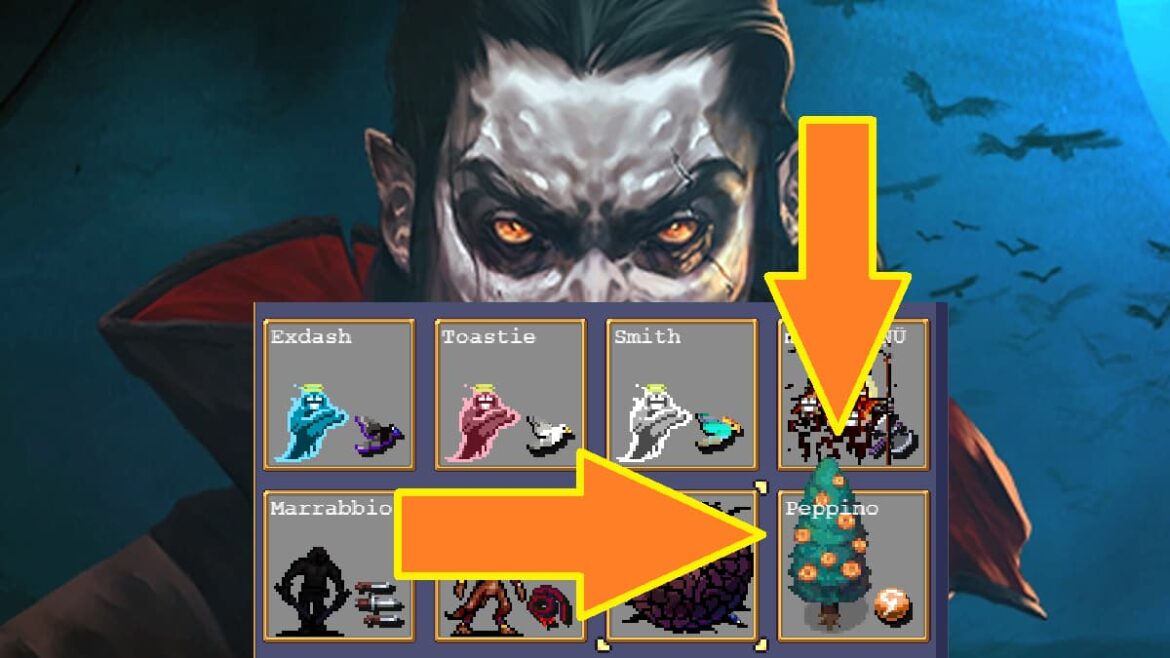 The new secret character in Vampire Survivors is a close cousin to the Christmas Tree. No, this is ridiculous, it really is. We are not kidding, it’s not Photoshop, you get to play as a tree as of Patch 0.7.3. Seriously, trees don’t have blood, why would vampires be interested in attacking a tree? We can also toss pianos and coffins across the map, so this really follows suit in terms of the chaos it brings to the game. Here’s how to unlock Peppino in Vampire Survivors.

How to Get Peppino in Vampire Survivors (0.7.3)

First of all, you will need to unlock the dog character O’Sole Meeo. Then, you also need to have the Il Molise stage unlocked. Now that you’ve done that, pick O’Sole Meeo and head out to Il Molise Bonus Stage. This is where the unlocking happens. Technically speaking, you can use any other character but you would need to buy the Celestial Dusting weapon from the Merchant.

The key task for unlocking Peppino is to HEAL plants around the Il Molise stage for 100,000 with Celestial Dusting. This is, unironically, easiest to do if you put a paperweight on any of the direction keys and just let the character roam free around the map (you’ll notice a lot of green 1s as you run, which indicates that healing is successful). We have done this in one run and didn’t notice any audible or visible indicators when completed – we just opened the character selection menu after the run and we saw that we could buy Peppino (and we did!).

Peppino starts with Soul Eater and has a temporarily reduced area. His movement speed starts at -90% if you have MoveSpeed purchased in the PowerUp menu, and at 0% if you don’t.

Now visit our Secret Character List for Vampire Survivors and make sure to check our other guides under the clickable game tag below.