How to Find Dragon Shrimp in Vampire Survivors 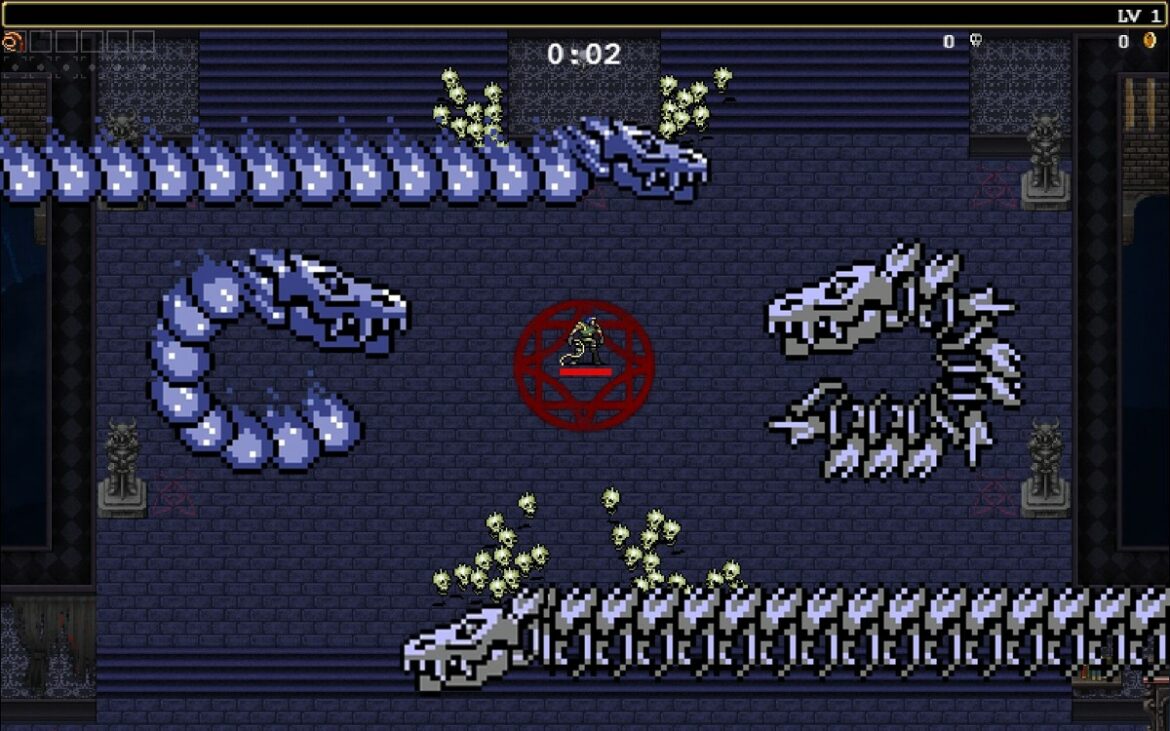 One of the newer characters in Vampire Survivors is O’Sole Meeo, a strange dog that uses the Celestial Dusting weapon. That’s a fart weapon, by the way. It heals you too. Anyway, the unlocking condition for this particular character is to take out 3,000 Dragon Shrimp. Now, the game doesn’t exactly give you the names of all the baddies you’re busting as you play. So how does one find a Dragon Shrimp? Just play the game, friends. But specifically, play the game on level four.

That fourth stage is Gallo Tower, which you can unlock once you reach at least level 60 in the Dairy Plant level. That’s pretty easy to do frankly, so just keep playing and you’ll get there if you’re new. It’s a fascinating stage since, unlike all the others, it’s much more vertically oriented than a wide open space. You’ll be heading straight up or down for most of the level.

Dragon Shrimp are a regular enemy in Gallo Tower, so you just have to live long enough for them to start showing up. These monsters are the ones that closely resemble those White Dragons from the Castlevania series. The skeletal ones are mostly neck. You’ll know what I’m talking about when you see them.

To make the Dragon Shrimp appear you have to get past the 10-minute mark in that level. As you play through, there will eventually be variants, including the Flame and Serpentine versions. The latter is the most memorable as you’ll start to see them come across the screen in groups, and they’re pretty tough to actually kill if you aren’t built up enough.

There are other variants that appear in the challenge stage The Bone Zone, but these are “boss” enemies therefore they don’t count towards the 3,000 you need to unlock O’Sole.