How to Unlock Arcana 0 – Game Killer in Vampire Survivors

It's really killing it, no joke! 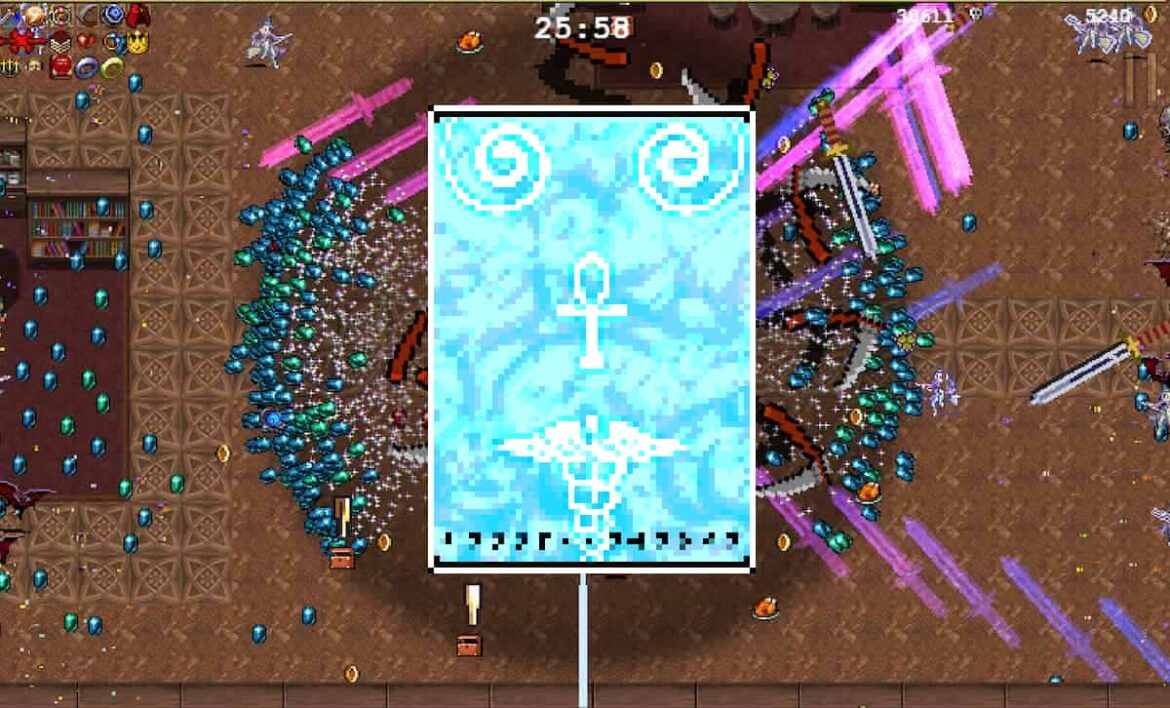 Vampire Survivors patch v0.8.0 has brought a very powerful and destructive Arcana that you will certainly like and enjoy. Keep reading to find out how to unlock it and what it does in Vampire Survivors.

Halting the XP gain will, of course, render you unable to get any “New!” stuff that comes from leveling up which may seem like a hindrance and self-sabotage at first. So, when is this Arcana good? It’s good after you have already filled your item slots with weapons and passives that you should just level up and evolve throughout the remainder of the game.

You, of course, do that with the Treasure Chests that drop from the mini-bosses. Naturally, by our estimation, it seems that this Arcana is best to pick up as the third option once you already have your character somewhat developed. All of the chests now have a minimum of three weapons or passive items, so you will finish the development of your character’s inventory pretty fast.

The second aspect of this Arcana is the damage part. Every XP gem that you pick up turns into a homing missile and rams itself into the closest enemy. Imagine combining this with Gorgeous Moon and Crown? No enemy will ever manage to bother you again!

Also, make sure to not use this Arcana with the Limit Break feature, as you will not be able to break the limit of your weapons.

Arcana 0 – Game Killer is unlocked by defeating the Ender on the Cappella Magna stage. Enjoy the cutscenes, animations, and whatnot – we don’t want to spoil you.

We hope that you’ll have tons of fun with this Arcana. Make sure to check out our other Vampire Survivors guides under the game tag below.