How to Get Better at MultiVersus: Beginner Guide, Tips and Tricks - Prima Games
Tips

How to Get Better at MultiVersus: Beginner Guide, Tips and Tricks

Stop googling things and get on the battlefield, nerds 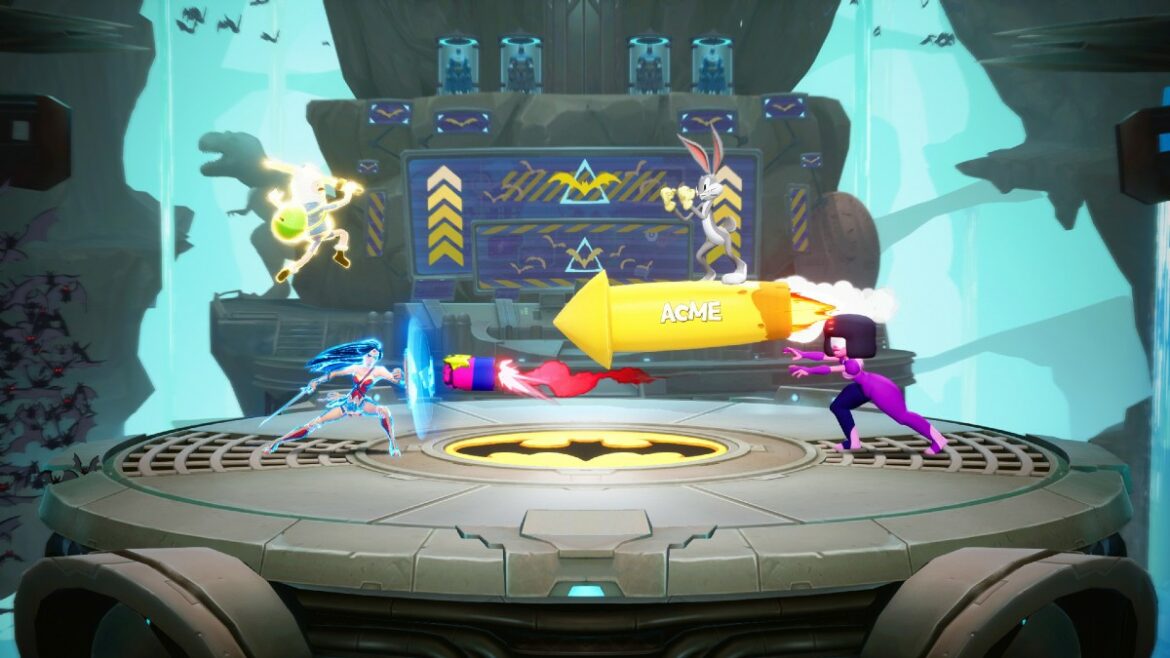 So I’ve been told MultiVersus hopefuls are out there trying to improve their game. I’m not a pro, but I can safely say my win rate in doubles matches tends to go between 40 and 60% at any given moment. That’s not bad for teaming up with randoms! So I kinda know what I’m doing. But I especially know what I’m doing when it comes to learning how to be competent. You can’t just leap into the deep end and expect to float. You have to learn some stuff first.

There’s a reason it’s called “The Lab” instead of training mode. Well, the reason is shorthand FGC slang, but still. That’s your no-pressure space to screw around and try new things. Depending on what your investment into getting better at MultiVersus (or any fighter) is, training mode takes on different forms. Ultimately, you learn by pressing the buttons, feeling out what they do and figuring out when to use them.

Pick One Character to Learn With

If you’re really trying to get a lot better in MultiVersus, I recommend settling on one character. This character may not end up being your favorite, or your main at the end of your journey. But having that consistency will be a big deal when you’re still getting the fundamentals down. A character like Shaggy is nice and straightforward on a base level, and sticking with him will help you learn things like physics, reactions, reach, and more.

You don’t need to win in MultiVersus in order to enjoy it. You can still earn coins and level up your Battle Pass by participation. These games aren’t even ranked, since that feature is coming later. Only your “recent” stats are calculated, which are no measure of your worth as a player. And there’s always playing doubles so you can practice while a better player carries you!

Use Gold for Characters

Try not to spend your gold on things like re-rolling missions or training Perks while you’re still learning the game. Instead, focus on filling out your roster as much as you want. That way you have a solid goal to chase while you get better, and you aren’t setting yourself backward just for a few extra BP or something. You can get to 2,000 gold fairly quickly, but not if you spend it elsewhere.

Related: How to Get Gold in MultiVersus: Gold Farming Guide

Perks can be a big part of your game in MultiVersus, especially after you’ve played a lot and leveled up your fighters. Your character has their Perks, then you can pay gold to get Perks from other characters (at a discount if you’ve unlocked said character) or other players before a round. You can use the latter especially to try out Perks you don’t have without emptying your pockets.

If you really just don’t want to get online and fight other players yet, you can scroll over to the right in the Play menu and set up matches against bots. You won’t get as much real-world experience but you will learn how to play in a real match situation instead of setting up macros in The Lab.

Fire up your streaming service of choice and check out the already-erupting competitive MultiVersus scene. EVO will especially be a great resource, to simply watch the best of the best in action. You may never get to their level or play the way the pros do, but you’ll still learn about things like combos, vulnerabilities, and matchups. Commentators are constantly explaining how things work, which is valuable information. You can also find a lot of higher-level players making character guides on YouTube, but you’ll also be sifting through a bunch of garbage guides that simply explain movesets.

If you wanna get better at MultiVersus, you need to just play a lot of damn MultiVersus. You may get your ass kicked almost every round you play, but that early embarrassment goes away once you’ve put the time in. That’s true for most competitive games, and especially true for fighters. No bots or training modes will show you how humans play. And that’s the most productive experience you can get.

We’re mostly talking about MultiVersus here, but a lot of these tips are applicable anywhere, at any game. It’s all about time and practice. If you want to really get better, you have to commit to the game, be it MultiVersus or Street Fighter. That’s just how it works, folks. Good luck!