How to Fix Realm Travel Softlock in God of War Ragnarok 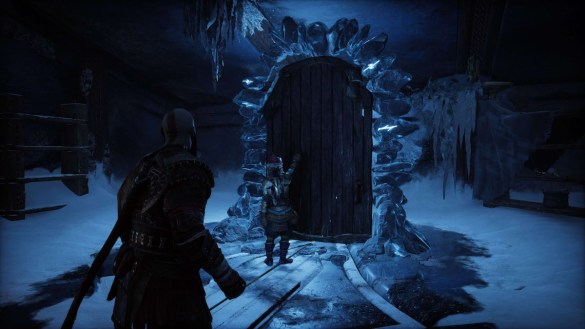 Have you played the new God or War? Ragnarok arrived on PlayStation 5 and PlayStation 4 very recently and it blew people’s minds. But despite the high review scores and praises all around, there still seem to be a few small problems with the game. One of the frequent issues that players encounter is “Realm Travel Softlock”, ie. getting stuck while traveling between realms through the branches of the Yggdrasil tree. Remember those corridors that were used to hide the loading screens in the last version? Well, they are back – and sometimes you can get stuck. Let’s find out how to fix this problem.

How to Fix Realm Travel Softlock in God of War Ragnarok?

From what we’ve been able to see so far based on Reddit posts left by players who have experienced this issue, it seems like this “Realm Travel Softlock” is happening more often in the PlayStation 4 version.

Related: How to Fix Light Flickering Glitch in God of War Ragnarok

This glitch manifests itself in the fact that at the end of the fast travel tunnel, the exit gate simply does not spawn and you remain stuck where you are. Reloading the game won’t help and it seems that the situation is quite hopeless. So far, several players have confirmed that this glitch happened to them while they were on the “Old Friends” quest.

So, What is the Solution for Realm Travel Softlock in God of War Ragnarok?

Loading saves and restarting from checkpoint seems to help sometimes, but there are players who confirm that they are still stuck even after numerous loadings, restarts, and switching the console on and off. The only sure solution, for now, seems to be a full delete and reinstall of the game.

As you know, that can take some time, and there is no other real fix for now. As this bug has already been reported to PlayStation support, we believe it will be fixed in one of the next patches – until then, try to stay safe in your fast-travels through Yggdrasil!