How to Evolve Rellor into Rabsca in Pokemon Scarlet & Violet

Rollin' around at the speed of sound. 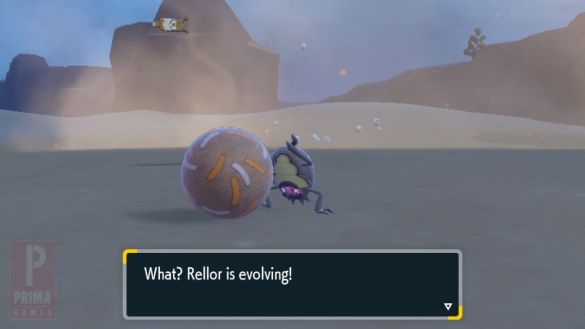 Are you a fan of bugs? Bug-type Pokemon? Then the dung beetle-inspired Rellor is probably a must-have for you. The best part is that it evolves into an even better version, though its evolution isn’t as simple as just leveling it up – you have to do something specific. Here’s how to evolve Rellor into Rabsca in Pokemon Scarlet and Violet.

Evolving Rellor into Rabsca in Pokemon Scarlet and Violet

First things first, you obviously need a Rellor. If you don’t have one, they’re found exclusively in the Asado Desert area. You’ll see them rolling around the sand, pushing their lil’ dung balls along. They’re not particularly rare so it shouldn’t take long for you to find and catch one.

WIth a Rellor in hand, you’ll need to do a gimmick of sorts in order to evolve it into Rabsca. Put the Pokemon in your first Party slot and then throw it out into Let’s Go mode by pressing ZR while in the overworld. This will cause it to start walking around outside of its Poke Ball.

To trigger the evolution, you must walk with Rellor for 1,000 steps while it’s in Let’s Go mode. And you can’t walk just anywhere, either; it has to be somewhere muddy or sandy. Good thing you’re in a desert then, hey.

The game won’t tell you when the 1,000 steps requirement has been met so it can take roughly five minutes or so to accumulate enough steps. Once you think you’ve done it, level Rellor up by one level either by using some sort of Candy or through battling or catching, and if performed correctly, it will evolve into Rabsca.

Now that you know how to evolve Rellor into Rabsca in Pokemon Scarlet and Violet, take a look at more of our Gen 9 evolution guides: