How to Evolve Pawmo into Pawmot in Pokemon Scarlet & Violet

Is this an RPG or a walking simulator? 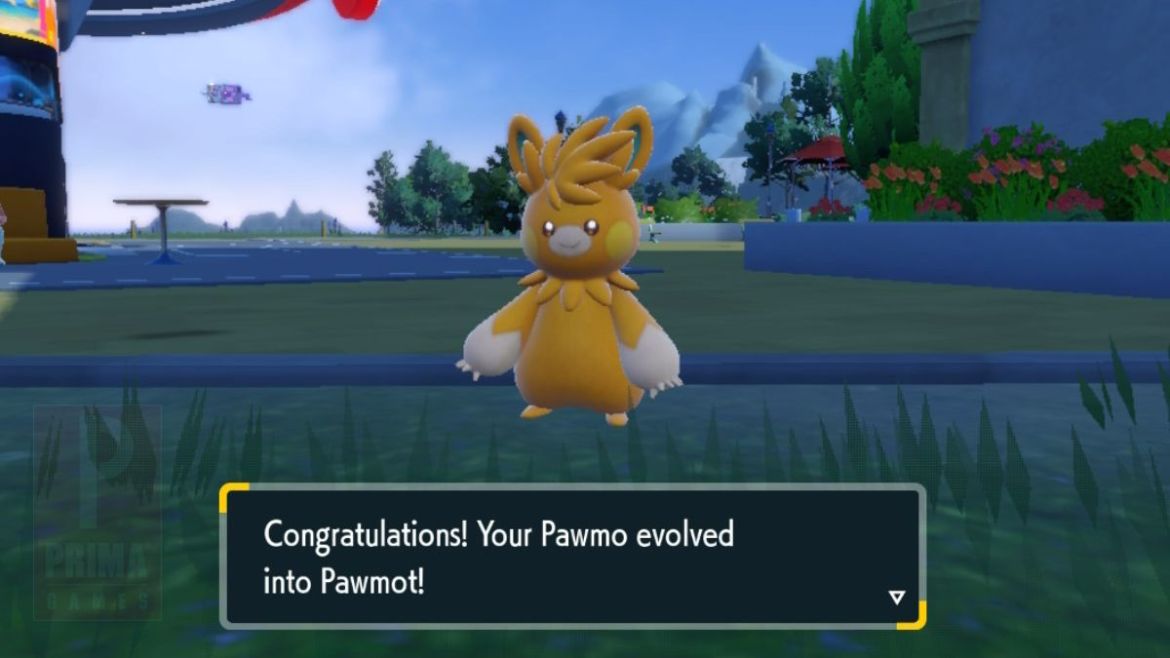 Pawmi is undoubtedly one of the cutest Pokemon in Gen 9. I mean, look at it, what’s not to love? Its two evolutions are just as adorable too, unlike other Pokemon that look cute and then turn out ugly after you evolve them (*cough* Diggersby). But getting Pawmi’s first evolution Pawmo into its second evolution isn’t as simple as leveling up – there’s something specific you have to do. Here’s how to evolve Pawmo into Pawmot in Pokemon Scarlet and Violet.

Evolving Pawmo into Pawmot in Pokemon Scarlet and Violet

First things first, if you don’t have a Pawmi, check out our How to Get Pawmi in Pokemon Scarlet and Violet guide. Once you have one on your team, you’ll need to level it to level 18 to trigger the evolution into Pawmo.

Related: How to Get Greavard in Pokemon Scarlet & Violet

And this is where the fun starts. To evolve Pawmo into the evolution line’s final form, Pawmot, you need to fulfill a certain requirement: walk with it for 1,000 steps in Let’s Go mode. This sounds easy but you can’t move too fast or stray too far or the Pokemon will retreat into its Poke Ball and it’s annoying, so make sure you take it slow.

To walk with your Pawmo in Let’s Go mode, put it in your first Party slot, exit the menu, and then press ZR to throw its Poke Ball. It will appear in the overworld alongside you. While you can walk the 1,000 steps anywhere in the Paldea region, we’ve found that the easiest way to do this is to walk with them in a town or city or somewhere quiet. This way, you avoid accidentally bumping into or being chased by wild Pokemon.

Once you’re in a good spot, walk around in circles with your Pawmo. The game doesn’t tell you when you’ve reached 1,000 steps, so do this for five minutes or so to make sure you’ve hit the goal. Then either use a Rare Candy on your Pawmo or battle with it until it levels up by one and it will evolve into Pawmot if you’ve walked enough steps.

Congrats on your new cuddly friend!