How to Get Pawmi in Pokemon Scarlet & Violet - Prima Games
Tips

How to Get Pawmi in Pokemon Scarlet & Violet 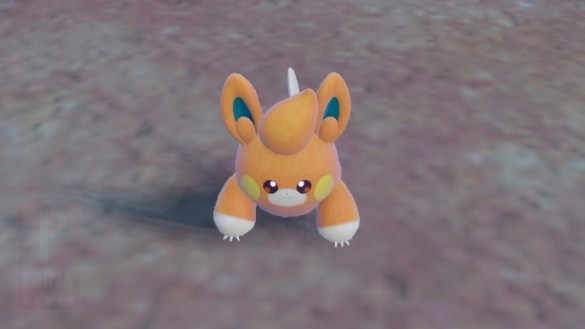 Gen 9 has so many new cuties and the Electric-type Pawmi is one of them. I mean, look at it – it’s so cuddly! If you want to add the adorable ‘mon to your team in the Paldea region, here’s everything you need to know about how to get Pawmi in Pokemon Scarlet and Violet.

Along with being one of the cutest Pokemon in Paldea, Pawmi is also one of the easiest to track down. In fact, it’s one of the first you’ll come across after being given Poke Balls by Nemona at the beginning of the game. Alongside other ‘mon like Lechonk and Tarountula, you’ll find it running around in Poco Path. It is a rare spawn though so it may take a little while to show up.

If you’re Shiny hunting a Pawmi, look for a pink one instead of its classic orange fur. Its Shiny evolutions also stay pink too which is just too much to handle – SO freaking adorable.

Pawmi automatically evolves into Pawmo at level 18. For Pawmot, things get a little more complicated. You have to walk with your Pawmo in Let’s Go mode for 1,000 steps to trigger the evolution. For a more detailed explanation, check out our How to Evolve Pawmo into Pawmot guide.