How to Evolve Tandemaus into Maushold in Pokemon Scarlet and Violet

If Sanrio made a Pokemon. 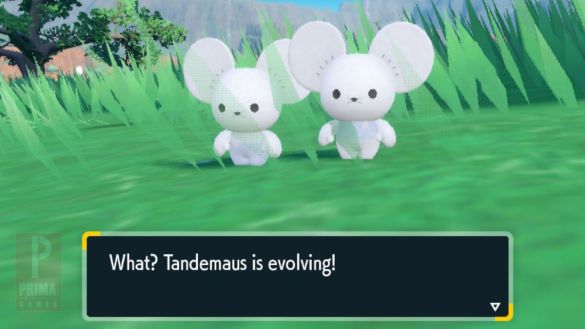 While leveling Pokemon has always been the main evolution method in the series, some ‘mon require other tactics such as evolution stones, using a certain move, or going to a certain place. And Gen 9 is no different.

Tandemaus is one such Pokemon – evolving it into Maushold isn’t all that simple. Here’s everything you need to know about how to evolve Tandemaus into Maushold in Pokemon Scarlet and Violet.

First things first – if you haven’t yet caught a Tandemaus, you need to because evolving it is the only way to get Maushold; you can’t catch one in the wild. You can find one outside most cities – we personally caught ours outside Levincia.

Related: All New TMs and Moves in Pokemon Scarlet and Violet

Before we get into it, note that there’s some discussion around how to evolve Tandemaus into Maushold, with players seeing varying results. We tried out the following method twice and it worked both times for us, though your mileage may vary.

Here’s what we did to get Maushold in the Paldea region:

Can Maushold and Tandemaus Be Shiny in Pokemon Scarlet and Violet?

Yes, they can. Though they’re both somewhat overwhelming. They’re pure white in their regular forms and their Shiny versions are… white? It’s hard to tell any difference, honestly. If anything, it’s a slightly warmer shade of white but it’s barely noticeable, meaning you’ll have to pay extra attention to any potential Shiny sparkles when loading into battle with one.