All New TMs and Moves in Pokemon Scarlet and Violet 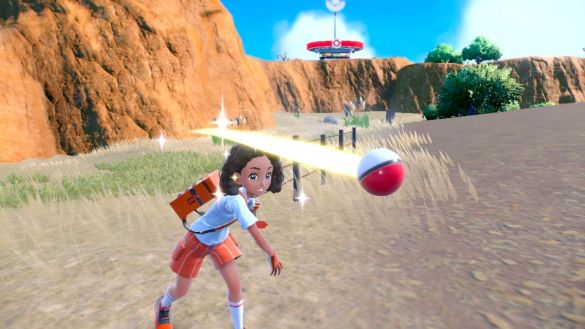 Gen 9 is finally here and you know what that means – new moves and TMs (alongside new Pokemon, of course. Let’s not forget that…). The Paldea region houses various Technical Machines for you to find and collect along your adventure and even allows you to trade in Pokemon parts to craft them too. Pokemon parts are obtained through battling and catching wild ‘mon.

Here’s every new TM and move added in Pokemon Scarlet and Violet.

Note that while many of these aren’t new to the series, this is the first time they’ve ever been made available as a Technical Machine rather than being exclusive to leveling up or Eggs.

There are only a handful of new moves added in Gen 9. Whether we’ll get more in any potential upcoming DLC is unknown.

How to Use TMs in Pokemon Scarlet and Violet

The TM process is exactly the same as previous Generations: you can only use each TM once, though you can own more than one if you want more than one Pokemon to learn the move. This is where the TM crafting system comes in, making it easier to secure multiple of the same Technical Machine.

Related: How to Evolve Gimmighoul (Chest Form) into Gholdengo in Pokemon Scarlet & Violet

To use a TM, open up your Inventory and tab over to the TMs menu. Then simply select the one you want to use and then pick which ‘mon you want to learn it. Easy as pie.

As for HMs (Hidden Moves), they technically don’t exist in the Paldea region. Instead, Koraidon or Miraidon (depending on whether you’re playing Scarlet or Violet) automatically learns new techniques such as climbing and swimming by defeating the five Titan Pokemon scattered across the map.