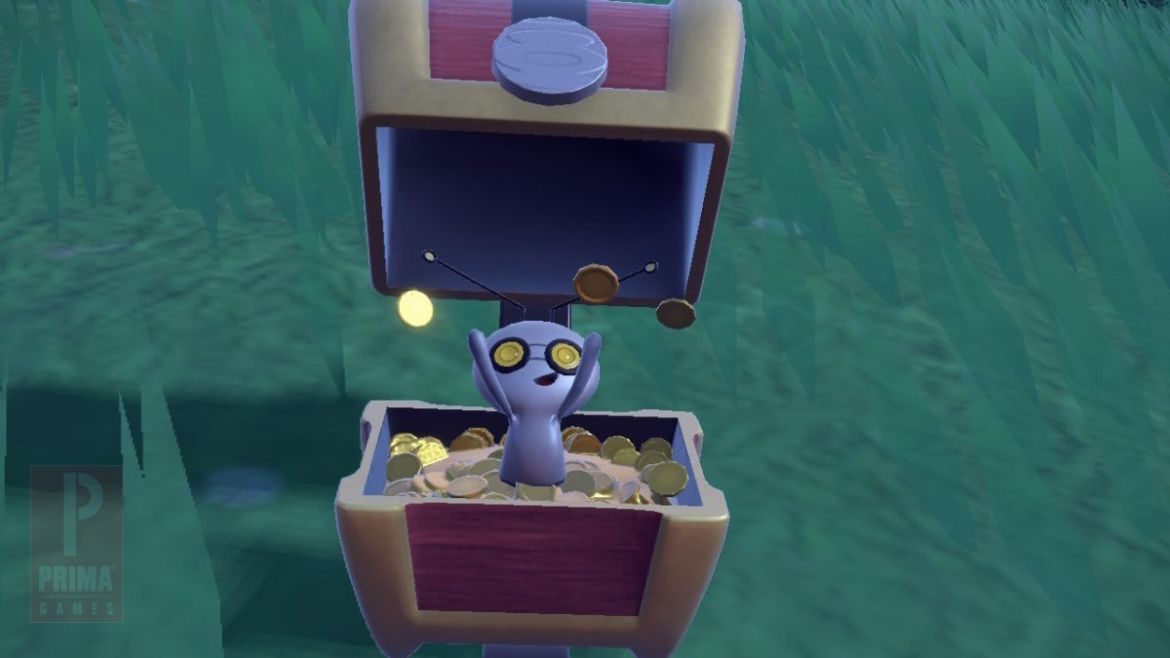 Gimmighoul, a new Generation 9 Pokemon in Scarlet and Violet, really caught our eye at Prima Games when it was teased on November 5. Though, as cute as this little Ghost-type Pokemon may be, its powers are downright creepy. Gimmighouls, when they aren’t wandering around in their Roaming Forms, are usually hiding in chests, using their ghostly energies to literally control people into bringing them coins. Who knew Pokemon could be so sinister? Anyway, let’s take our Gimmighouls to the next step. Here’s how to evolve Gimmighoul (Chest Form) into Gholdengo in Pokemon Scarlet and Violet.

How To Catch Gimmighoul (Chest Form) in Pokemon Scarlet and Violet

Before you can evolve your Gimmighoul, you’ve obviously gotta catch one first. The unique thing about Gimmighoul is that it actually has two forms: Roaming Form, which can’t be captured; and Chest Form, which can be.

Gimmighouls in Roaming Form can be found in ruins, caves, on top or behind signposts, and pretty much everywhere that’s slightly out of sight around the overworld. As stated, they can’t be caught, but you can run up and click on them to snatch anywhere between one and 10 Gimmighoul coins from them.

Gimmighouls in Chest Form are normally found at the top of watchtowers, or sometimes at a mountain’s peak. They look quite unassuming, so make sure not to mistake them for any old chest lying around. These can be caught, and reward you with 50 to 60 Gimmighoul coins once captured or KO’d.

How To Evolve Gimmighoul (Chest Form) into Gholdengo

Now that you’ve caught a Gimmighoul, the real fun begins. To evolve Gimmighoul into Gholdengo, you’ll need to collect 999 Gimmighoul coins. Yeah, you read that correctly – 999 coins. That means wandering around and hunting for about 20 or so Gimmighouls in Chest Form.

Once you’ve collected 999 Gimmighoul coins, just throw your Gimmighoul into your party and level it up once, either by using Candy or through battling. Once it’s leveled, the Gimmighoul evolution will automatically trigger, and you’ll be the proud new owner of a Gholdengo.

For more information on Pokemon Scarlet and Violet, check out our other guides here at Prima Games.