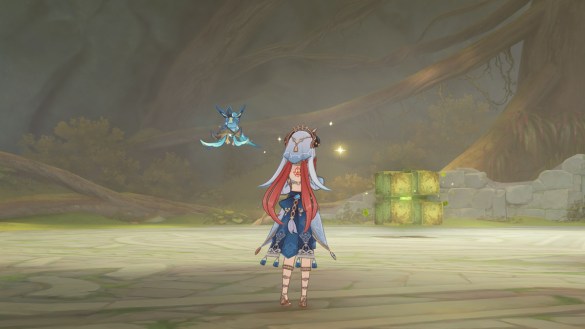 The Dendro Hypostasis is a World Boss located in Sumeru which you need to defeat in order to ascend characters such as Nahida. It was the last elemental Hypostasis to be introduced in the game and it shares the same gimmicks as its counterparts, such as only being vulnerable to attacks at certain periods and attempting to revive itself when it’s close to being defeated.

Its location is not as obvious as it looks, so here we’ll show you how to find the Dendro Hypostasis in Genshin Impact and some of the best ways to beat it to a pulp. And if you have any character that uses its drops, be prepared to see its face (if it has one) a lot.

Where to Find the Dendro Hypostasis in Genshin Impact

The Dendro Hypostasis is located in the Sumeru desert. More precisely in the Dar al-Shifa area to the east corner of the map. If you haven’t been to the desert yet, take a look at how to reach it. Don’t worry, it won’t take more than a few minutes.

If this is your first time reaching the desert, be sure to unlock the first Statue of the Seven and use the roadway to guide yourself toward the boss. Otherwise, just use the teleport next to it (and unlock it if you haven’t yet, it will help you a lot).

Immediately after teleporting jump down the cliff to your left to find a cave with some big old trees inside. Enter the cave and be prepared as you have reached the boss’ lair. Here’s how it looks from afar:

How to Defeat the Dendro Hypostasis

Just like its brethren, the Dendro Hypostasis requires specific elements in your party in order to beat it. And unexpectedly, you NEED to have Dendro in your team to defeat it as opposed to avoiding using it.

We recommend using Electro or Pyro characters, but other elements work just as well. But since it’s invulnerable to Bloom damage, Hydro might be suboptimal (something learned the hard way). It’s advised to have at least one Electro though as it makes the last phase easier. Again, one Dendro character is needed here. Otherwise, you literally cannot kill it.

The boss has attacks such as spitting Dendro seeds and telegraphed stomps, so be sure to avoid them. You can only damage the exposed prism that appears right after those attacks, so save your energy for those moments. Making use of the Quicken/Aggravate reactions can make your life a lot easier.

After it reaches low HP, it will enter its reviving state. The gimmick here is to use Dendro at the Restorative Piths to fill the gauge above its HP. Using Electro after applying Dendro makes it fill faster, so bring someone like Fischl, Kuki Shinobu, or Raiden Shogun.

If everything’s done right, it will go down with no problems and you can enjoy your drops. Its unique items are the Quelled Creeper, and you can receive from 1 to 3 of them depending on your World Level.

If you got here for leveling Nahida, it might help you to know where to find Kalpalata Lotus for her ascension or even Fungal Spores for her talents. You can find these guides and much more at the Genshin Impact tag in Prima Games.