Elden Ring: Where to Find the Hoarfrost Stomp Skill 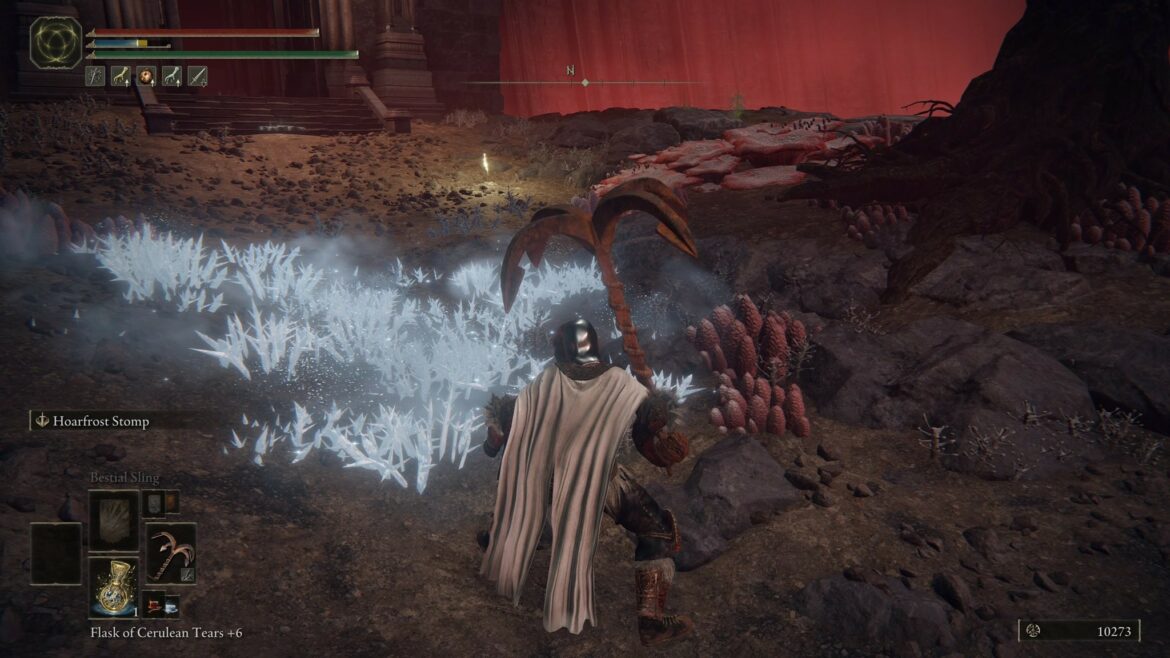 You may have been seeing a lot of chatter about something called Hoarfrost Stomp in Elden Ring. That’s because it has some of the best utility in fights an Ash of War can have. Some folks are even calling for nerfs, but let’s not draw much attention to them. So, how do you find it? To start, head to Caria Manor.

Related: Where to Find the Dark Moon Ring in Elden Ring

If you don’t know Caria Manor, you may not be ready for it! But either way it’s in the top left region of the map, beyond Liurna of the Lakes. You’ll have to dodge lasers if you haven’t been there before, but those lasers go away once you go through the dungeon.

Lasers or no lasers, if you look at the map you’ll see a small body of water just to the east of the Main Caria Manor Gate Site of Grace. Head over to the water and you’ll see disembodied footsteps stompin’ around in a circle. There’s a good chance you’ve seen this before, back on the beach near the beginning. Get in the steps’ path and swing your weapon; if you time it right you’ll take down the invisible dung beetle and get the Hoarfrost Stomp skill.

This Ash of War can go on any melee weapon, and basically shoots a cone-like wave of ice across the ground in front of you. It’s a wide enough area most humanoid enemies can’t roll through, and it scales quite well to your weapon power. You can also cause Frostbite, which can be super handy on top of the AoE damage. It’s good stuff, and without it I probably wouldn’t have beaten Baleful Shadow when I did!