What is the Best SMG in COD MW2 Season 1 Reloaded

Take over any close quarters situation. 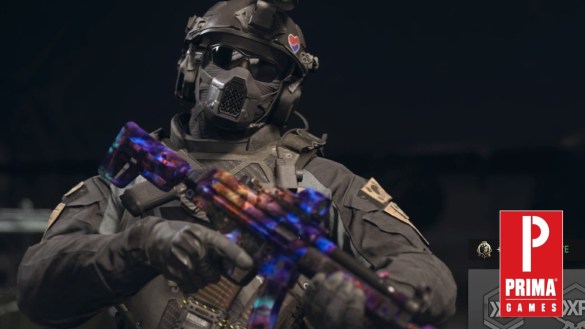 Both the assault rifle and the submachine gun class are full of fantastic options in Modern Warfare 2 Season 1 Reloaded, but there are only a few that stand out among the rest. If you’re someone who is jumping into competitive modes or you just want an upper hand, then you’ll want to best SMG in your back pocket.

Since the launch of MW2, there have been multiple updates that vary the way weapons are used. The Call of Duty League also has some influence on what becomes the most popular pick among players. In this guide, we’ll cover which submachine gun is considered the best after Season 1 Reloaded went live in Modern Warfare 2.

MW2 Season 1 Reloaded – What is the Best Submachine Gun?

There are three SMGs that are considered top-tier within the current Modern Warfare 2 meta. But the best among those three is clearly the Vaznev-9k, and for good reason. The other two options are the Lachmann Sub and the Fennec. Compared to the Vaznev, the Fennec has a much better chance, but the MP5 will fall flat.

So, what makes the Vaznev-9k the best SMG in MW2 Season 1 Reloaded? It’s by far the most versatile submachine gun option in the game. Headshot multipliers are incredibly high, the recoil feels non-existent, and the close-range TTK is nearly as fast as the Fennec in the right hands. In some cases, the Fennec will have the edge in pure TTK, but the control and range are a problem overall.

The best part about the Vaznev-9k is it’s not banned in competitive matches or the Call of Duty League. Unlike weapons such as the M4, the Vaz can be used in nearly every facet of COD MW2 and you can’t go wrong. Just make sure to build the weapon with mobility and recoil control, but mainly mobility. Right away, you should feel how powerful the SMG really is.