The right tools for the job. 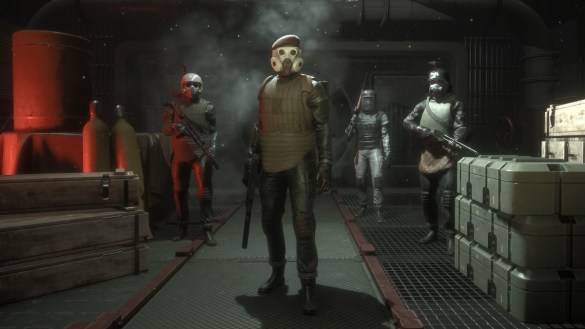 If you’ve ever dreamed of looting and shooting in space with a crew of friends, Marauders is the game for you. In the new tactical FPS from Team 17, you play as the Marauders, a squad that shoots and steals whatever it can get its hands on in space. Whether you’re playing solo or with a team in co-op mode, you’ve probably wondered which weapons are the best for going on those loot extraction missions. Check out our full-tier list of Marauders’ weapons below to find out.

Related: Is Marauders on Consoles? – Answered

As in any FPS game, weapons play a big role and the right choice is crucial. There are a lot of types of weapons in Marauders and in our tier list below they are sorted by their effectiveness and overall usefulness.

A Tier Guns in Marauders

B Tier Guns in Marauders

That’s our division of all Marauders weapons by tier – just take notice that if the weapon is in a higher tier, it does not necessarily mean that it automatically does more damage, but that it has some characteristics that simply make it better overall. As with all tier lists that we publish, they are only our opinion and yours might differ, so if you have your tier lists feel free to share them with us.

For more Marauders guides here on Prima Games, check out How to Find the Merchant Ship Raid in Marauders.