All New World Hemp Locations: Where to Find Hemp in New World 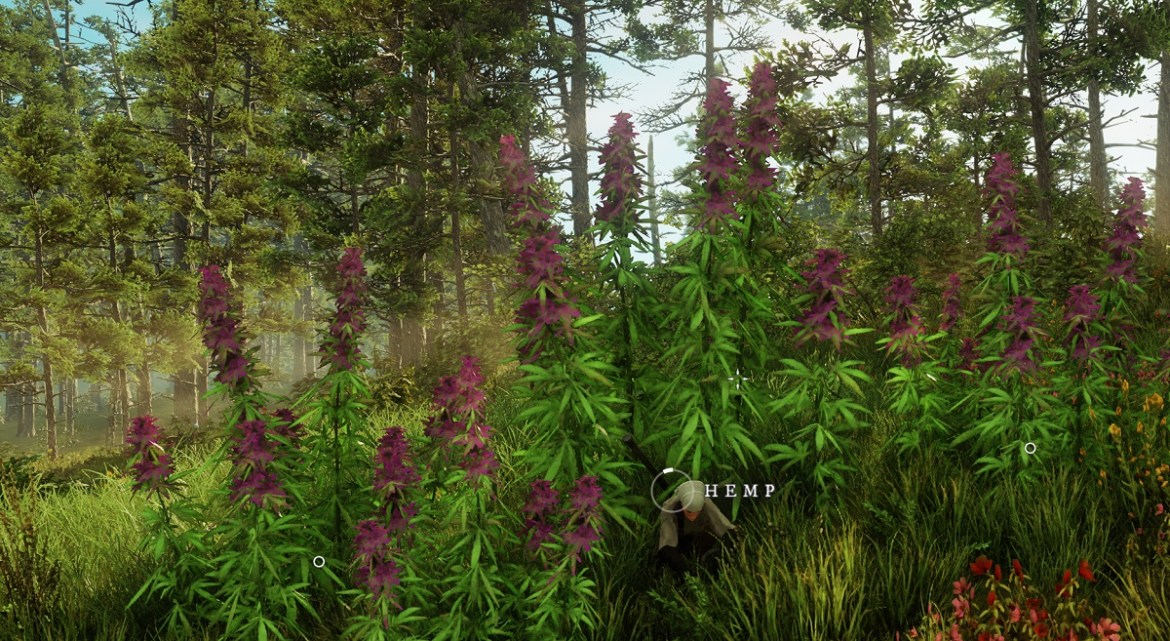 In Amazon’s MMO New World, there are many microtransactions, though they are mostly related to cosmetic items that will help you stand out and look different. However, to create anything actually useful in the game you need to gather resources yourself and craft a lot, which is free. So that’s good.

One of the most frequently used resources is Fiber, which is obtained from the Hemp plant, just like Linen. Fiber and Linen are later used to make many useful items, and collecting Hemp will quickly bring you harvesting level experience, which you will need to be able to collect other much rarer and even more useful plants. So all in all, gathering a lot of it early on is the way to go when you start your adventuring. Keep on reading to find out where to get Hemp in New World.

Where to Find Hemp in New World

First of all, in order for you to recognize Hemp in the field, you must know what it looks like – it is a tall plant with purple flowers on top.

The best place to farm Hemp is Primrose, an area within Windsward. Go southern from the Windsward Fort area, which is north of Everfall. If you just run through this region, chances are you’ll run into a lot of Hemp. In order to pick a plant, you only need to approach it and press the E button on the keyboard. Just by making a few rounds around this zone and collecting Hemp in bulk, you can collect large quantities, of course, provided that there are no other players who have the same idea and are also in the mood for PvP.

To make it easier for you to find Hemp and other resources in this and other zones, you can also open the map with the M button on the keyboard, then select “Resource Locations” and see all the regions where you can find this plant growing so you can head there if the main farming zone is overrun with other players.

With enough Hemp collected, you can turn it into Linen or Fiber and craft some useful items. But you can’t smoke Hemp in New World – and we know you tried!

For more New World guides here on Prima Games, check out the following articles: New World Character Transfer Guide: How to Change Servers, Does New World have Controller Support? – Answered, and New World: How to Get the Woodsman Armor Skin.