Coral Island spoils us with 27 bachelors and bachelorettes to date, marry, and even build a family with. 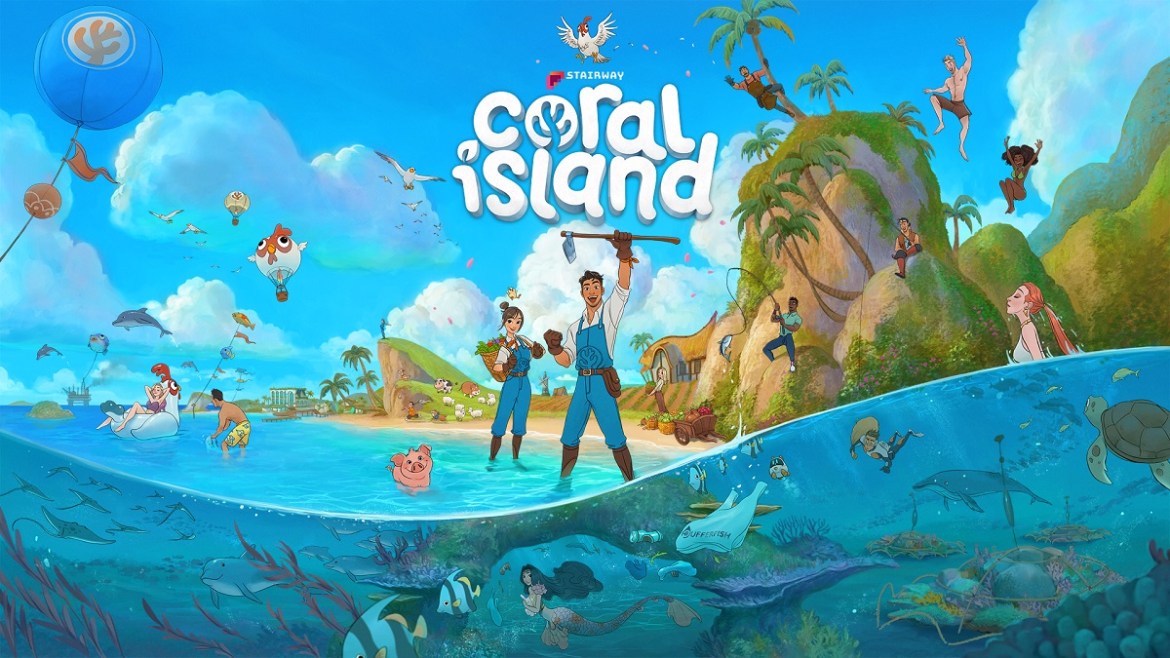 The idyllic shores of Coral Island offer everything you could ever want: a sense of purpose, a chance to swim with mermen, the ability to befriend a cute Shiba Inu named Taco. But what makes Coral Island perfect is the twenty-seven eligible bachelors and bachelorettes you can date, marry, and even have children with, no matter your orientation. Here are all the marriage candidates.

Note: Coral Island is still in Early Access and as of v0.1-49002, marriage is still unavailable. The information in this article will be updated as Coral Island continues to update and new information about the romance options are revealed.

Ben is a merchant and nomad who lives in a caravan stationed in the forests of Coral Island. If you find him on the weekends, you can purchase an assortment of items from him, including crystals. Ben is dreamy and mystical, often skewing philosophical. But when he’s not contemplating the universe and his place in it, he adores road trips and music festivals.

Charles is one of the two town doctors, but despite his compassion, bad luck seems to follow him around. His parents disowned him at a young age and caught his fiance cheating on him before they were married. He spends his free time with his roommate Scott and in the local tavern, trying to heal his broken heart.

Kenny is a part-time rancher who lives with his parents in a cabin in the forest. He adores animals and after a long day at the ranch, he heads out to the local tavern or blacksmith shop to catch up with his friends. In his free time he enjoy spending time by the lake or playing his flute.

Luke was born with a silver spoon in his mouth and has been determined to spit it out ever since. He now runs Socket Electronics, determined to show that he can make his own way in the world without support from his parents. Luke loves his dog, Taco, and there’s no doubt that you’ll love Taco too.

Noah is your quintessential family man. He’s devoted to his loved ones and does his best to ensure that his mother is happy and comfortable. But he’s not just dedicated to his family. Noah is a bachelor who genuinely cares. Unfortunately, he’s a busy guy, so when he’s now caring for his mother, he’s running errands for his family business. But as you get to know him, he’ll make sure there’s time in his life for you, too.

Pablo is the blacksmith and local flirt. He’s gregarious and romantic, often showering you with compliments and flattery. But beneath the saccharine surface is a man that genuinely cares about Coral Island. At any volunteer event, Pablo is there, helping in whatever way he can.

Raj has recently been added to the game as a romanceable character, so there’s still a lot we don’t know about him. What we do know is that he runs the local coffee shop and that he lives in the Inn.

Rafael runs the local blacksmith shop with his brother Pablo. But unlike his brother, Pablo is a gentle and reserved giant. He rarely leaves Garden Lane, preferring his solitude and silence. But despite his quiet nature, Rafael is friendly and polite and worth getting to know.

Scott is a reformed playboy who moved to Coral Island to leave his string of heartbreaks behind. On Coral Island, he’s found his passion for collecting artifacts and is happy to share his discoveries with anyone he meets. He’s a genuinely friendly and outgoing guy, and as shown later in the game, extremely generous.

Surya is a marine biologist new to Coral Island who lives with his uncle and aunt on the Hillside. He tends to stay in his lab, working on projects, but in his free time, you can find him in the vineyards or relaxing on the beach.

Theo is a local fisherman but at his core he’s a creative. He adores writing songs and singing. And while the general consensus is that Theo doesn’t have a traditionally beautiful singing voice, he sings with his soul, and that’s what’s most important. He can be found in the tavern on weekends performing. He always enjoys a good cookout, festival, and any opportunity to go camping.

Mark is a bear of a man, so it only makes sense that he lives by the Woodlands near the Lake. Little is known about his history for now, but what we do know is that he loves animals and has a tendency to be brisk, if not outright rude.

Wakuu has recently been added to the game as a romanceable character, so there’s still a lot we don’t know about him. What we do know is that he’s an astrophysicist working and living in the Observatory and that on weekends he enjoys spending time at the local lighthouse.

Can you marry the merfolk in Coral Island? The answer is YES, and I can’t think of a better thing to add to the game. You can meet Agung in the Merfolk Kingdom, which you can reach by diving just off the coast of Coral Island. To romance him you’ll need to learn his language, which is well worth the effort.

Aaliyah has recently been added to the game as a romanceable character, so there’s still a lot we don’t know about her. What we do know is that she used to work in the Air Force and has a passion for the great outdoors.

Alice runs the Coral Inn with her twin sister Suki, though their relationship can sometimes be tense. However, you’ll only find her at the inn when she’s working or if it’s a rainy day. Otherwise she far prefers to spend time at the Community Center, where she loves to read or engage in long discussions about unexplained phenomenon.

Chaem has recently been added to the game as a romanceable character, so there’s still a lot we don’t know about her. What we do know is that she lives in the observatory. When she’s not staring at the stars, she’s Coral Island’s resident lifeguard. At times she can come off as brisk or nonchalant, but as your friendship deepens, Chaem will reveal a far more generous and thoughtful side.

Eva works at the general store and immediately endears with her optimistic and bubbly personality. She’s creative and talented, and she makes it her goal to befriend every person she comes across. But she wants nothing more than to see the world. Maybe with a potential farmer at her side?

Leah is a self-styled yoga instructor and influencer who lives in a house that the locals have dubbed The Mansion. Often seen with a camera in hand, Leah finds comfort in nature, fine art, and a closet full of designer clothes.

Lily works remotely at a cybersecurity company and lives at home with her father, Jim and her brother, Theo. She spends most of her day inside, but she’ll take strolls out to visit the lake or library, especially on weekends. If you want to romance her, the most efficient way to do so is to knock on her door and force her to talk to you.

Macy lives full time at the inn and makes a living selling her photos. She used to work in finance but found joy in photography and moved to Coral Island to pursue her dream of taking beautiful nature photos. Macy is independent but upbeat, and one of her favorite ways to spend a night is playing video games with her pet lobster, Stephen.

Millie is Coral Island’s librarian and it’s no surprise that her dream is to one day be a published writer. When she’s not in the library, she loves to bird watch, write, and restore old books. But get to know her better and you’ll have the chance to try to summon a lake goddess that only appears to those whose hearts are filled with love.

Nina isn’t local to Coral Island but enjoys visiting the island on vacation. When she returns to Coral Island, she stays in the Abandoned Villa, a villa that was suddenly abandoned by Nina’s family many years ago. To unravel the mystery surrounding Nina, you’ll have to gain her trust.

Suki is Alice’s twin sister. But you should have no trouble telling her apart from Alice. The ends of Suki’s hair are dyed pink, and Suki has a confident and strong personality that’s immediately evident. Additionally, she’s unique amongst the eligible bachelors and bachelorettes in that she is divorced and has a daughter, who she holds above everything else.

Yuri is Coral Island’s resident doctor who works side-by-side with Charles. She spent her early 20s traveling around the world as a field medic, working for meager paychecks and fueled primarily by compassion. Yuri’s a colorful character, literally, with a shock of green hair and an amazing set of orange and green tattoos that perfectly match her aesthetic. When she’s not playing pool or chess, she’s checking in on the local residents, while sometimes forgetting to take care of herself.

Zarah is an adventurer and treasure hunter who spends her day exploring the more hidden recesses of Coral Island. But she keeps much of her personal life a mystery, and it can take time, patience, and a lot of azurite and grilled fish to get her to warm up to you.

Beyond the fact that she’s beautiful and a member of the Mermaid Kingdom, little is known about Denali. But the developer has confirmed that she will be romanceable.