Can You Play Coral Island on Steam Deck? – Answered

It’s time to start a new chapter of your life on Coral Island! 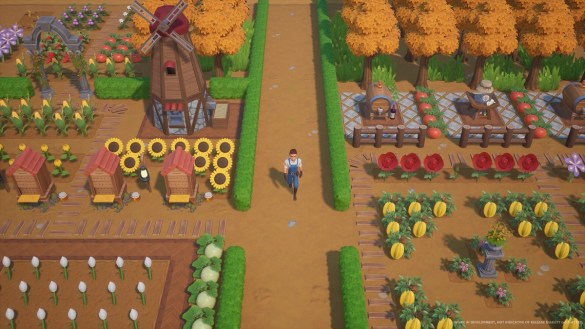 Coral Island is yet another take on the farm sim genre, which seems to be experiencing an incredible spike in popularity lately judging by the sheer number of life simulation games that have been revealed recently. The latest of the bunch is Coral Island from Stairway Games, which arrived on October 11, 2022, for Steam as an Early Access title, with versions announced for Nintendo Switch and old-gen consoles Xbox One and PlayStation 4 as well.

You know the drill, you live off your work, plant, water, harvest, craft, develop relationships with townsfolk – the usual. However, Steam Deck players are wondering if this laid-back game, ideal for playing on the go, is well-optimized for their portable PC. Keep on reading to find out if can you play Coral Island on Steam Deck.

Can You Play Coral Island on Steam Deck?

The answer is not that straightforward – it’s yes, and no, kinda. Yes, you can boot up Coral Island and run it on Steam Deck, but as this game does not have gamepad support in the PC version yet, it is only possible to play using trackpads instead of a mouse. The console versions that are in the works will have controller support so it’s highly likely that the feature will be added to the PC version at the same time.

Related: Can You Play Overwatch 2 on Steam Deck? – Answered

The problems with Coral Island on Steam Deck are not only with the cursor but also with some other basic controls. For example, opening the map in the game is not mapped, so it is necessary to manually assign the keyboard key “M” to one of the buttons. It is possible that there are also other functions for which you have to find a workaround until a patch for the PC version of Coral Island appears. A possible patch could bring full support for gamepad controls in the PC version that could help solve all of the problems on Steam Deck as well.

Until then, if you don’t mind messing with button mappings and using the trackpad instead of the analog stick, Coral Island is kinda playable on Steam Deck, but if you want an “out of the box” perfect portable experience, maybe it’s better to wait a little more for eventual updates – it is an Early Access title after all.

For more Steam Deck here on Prima Games, check out the following: Valve Shows How to Open the Steam Deck for (Potentially Dangerous) Self-Repair, and How to Use Custom Boot Videos on Steam Deck.