Does Coral Island have Controller Support on PC? – Answered

You all got Mouse and Keyboard, right? 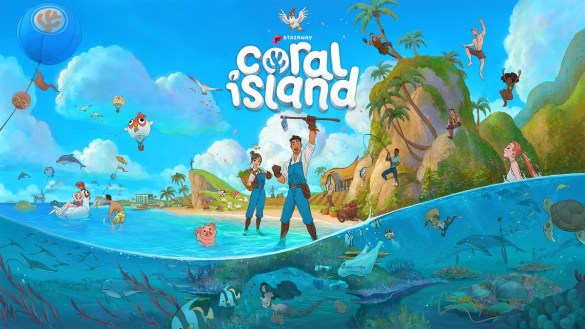 Coral Island, the latest in the series of many farming and life simulators, was finally released in Early Access a few days ago after a successful Kickstarter campaign. This laid-back simulator of life on well, Coral Island, is currently only available on PC, although console versions have been announced, including last-gen systems and the Nintendo Switch.

Since those are still not available and we don’t even know the date of the potential release, the PC version is all we got at the moment, and many players are wondering if it is possible to play it with a gamepad. Check out below to find out if Coral Island (PC version) has controller support.

Related: Can You Play Coral Island on Steam Deck? – Answered

Does Coral Island have Controller Support on PC?

The answer is – no, it does not, at least not yet. The PC version of Coral Island doesn’t have any kind of controller support as of now.

It is understandable that a game primarily developed for PC and still in the Early Access phase has some of its main mechanics made only with mouse controls in mind. But since devs have also announced numerous console versions, it is a little bit strange that there is currently no controller support at all. The absence of controller support in Coral Island makes this title almost unplayable on Steam Deck, where it is possible to perform some workarounds around the controls, but the situation is still far from ideal, as we wrote recently.

However, let’s hope that in one of the next patches for Coral Island, the control system will be changed to support controllers as well – but until then, you can either wait or click away.

For more life simulations here on Prima Games, check out the following: How to Download the Harvestella Demo, Stardew Valley – How to Upgrade Your Farm and Farmhouse, and Where to Find Oysters in Disney Dreamlight Valley.